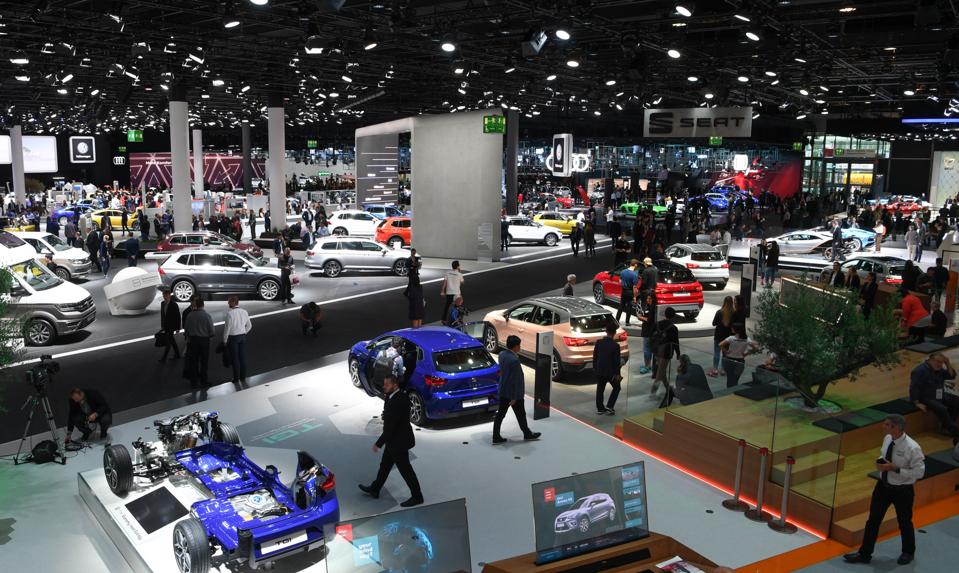 Spectators visit the hall of Volkswagen group including cars from VW, Audi and Seat at the Frankfurt Auto Show IAA in Frankfurt am Main, Germany, on September 13, 2017.  (Photo credit should read ARNE DEDERT/AFP/Getty Images)

The 2017 Frankfurt Auto Show underlines how slow the European industry in general and the Germans in particular have been in meeting the electric car challenge, but there is method in their sloth.

Because, according to analysts, the more electric cars you sell, the less money you make.

At the show, there are plenty of battery only electric vehicles on display, but not many you can actually buy. This glaring lack of foresight — or cynical delaying tactic depending on your point of view — has even become an issue in Germany’s election campaign. CDU/CSU leader Chancellor Angela Merkel has complained about the industry’s slow progress in moving to electric propulsion. The opposition Social Democratic Party (SPD) threatens E.U. wide electric car quotas, saying the industry hasn’t planned seriously for the future. Germans go to the polls September 24.

But the quicker the likes of BMW, Mercedes, Audi, and Porsche bring electric cars to the market, the sooner they have to stop making the cars that made them rich: the fancy gas guzzlers with massive profit margins. The more expensive low margin electric cars they sell will likely just replace the big earners. 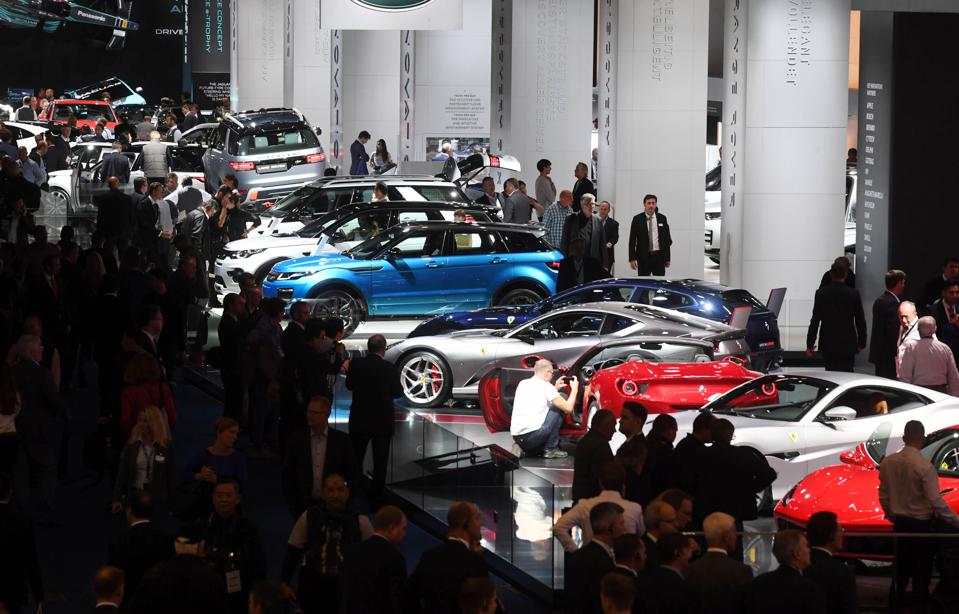 Spectators visiting the hall in which Jaguar, Land Rover and Ferrari are exhibited at the Frankfurt Auto Show IAA in Frankfurt am Main, Germany, on September 13, 2017. (Photo credit should read ULI DECK/AFP/Getty Images)

At the show press previews Tuesday, the Germans unveiled many impressive electric and plug-in hybrid vehicles, even a fuel-cell powered one.

But most of these were concept cars which may or may not see the light of day. The most practical offering was the BMW i3S, an improvement to the original little electric city car. But don’t expect a challenger to the Tesla Model 3 any time soon, while it will be 2019 before the Germans bring to market a competitor for the Model S or Model X. 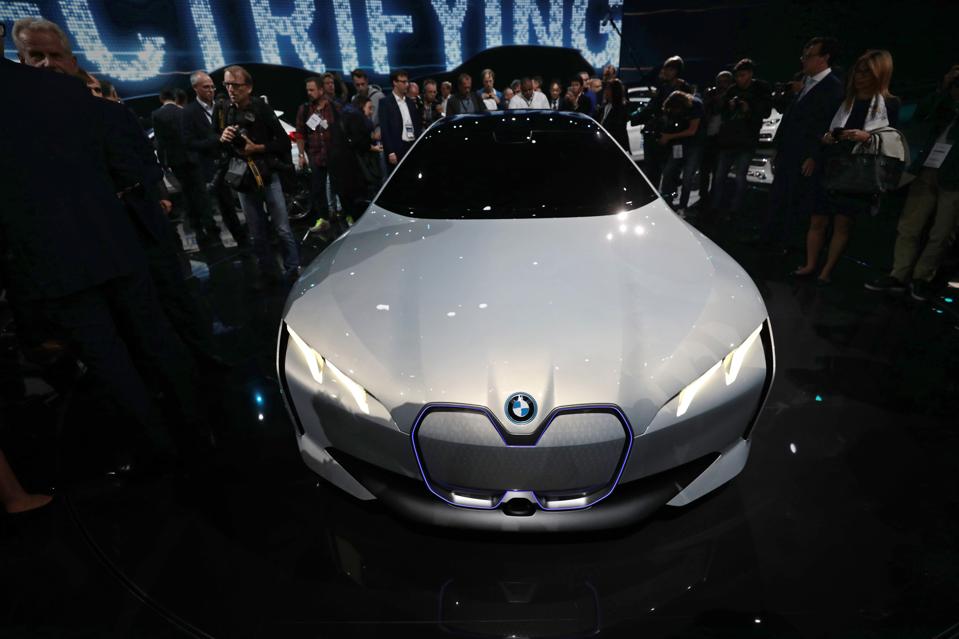 BMW launched the iVision Dynamics EV at the show – launch date maybe 2021. The electric Mini will appear in 2019 and the electric X3 SUV in 2020. Mercedes said all its models will be electrified, by 2022. Meanwhile its first electric model, the EQC SUV will be first on the scene, in 2019. Volkswagen announced at the show it will spend more than $24 billion on EVs by 2030. It will roll out 80 new electric cars by 2025. VW unveiled its I.D Crozz SUV concept model at the show, said to be a Tesla Model 3 rival, but gave ho hint when it might go on sale.