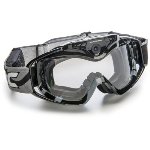 Prosecutors in Dusseldorf, where Andreas Lubitz lived with his girlfriend, said that he underwent psychiatric treatment for an “extended period” after telling doctors he had considered killing himself.

Ralf Herrenbrück, the public prosecutor, said the episode happened “several years ago”, before he qualified as a pilot.

“Until recently, further visits to doctors who gave him sick leave took place where no feelings of suicide or aggression towards other people were found,” he added.

No indication of any physical disease was seen in medical letters, he said, and investigators have found no announcement of his intention nor any obvious motive.

Mr Herrenbrück would not give any further details of the current investigation into Mr Lubitz’s possible motives for downing the plane, but said friends from his “personal and professional life” have already been interviewed.

It was unclear whether the period of treatment he alluded to was a known spell of mental illness during his flight training in 2009, when he was deemed “unsuitable for flight duties” by Lufthansa.

Sources told the German tabloid Bild that Mr Lubitz received psychiatric treatment for one and a half years before he qualified, and was forced to repeat some classes because of a struggle with depression.

Last week the prosecutor announced that sick notes discovered at his apartment showed that he was undergoing treatment for an unspecified illness and had torn up a letter writing him off ill on the day of the crash.

German media has since reported that as well as a continuing battle with depression, Mr Lubitz may have been suffering from eyesight problems that put his flying career in jeapardy.

Investigators are focusing on the psychological state of the 27-year-old to find out a motive for downing the Airbus A320 on Tuesday.

Officials said evidence from the plane’s cockpit voice recorder indicated that he locked the door after the captain left on a toilet break and set the plane to descend from cruising altitude to 100ft in order for it to crash into the Alps.

A transcript showed he sat in silence, ignoring alarms and contact attempts from air traffic controllers as the captain tried to break back in, shouting “open the damned door”. The last sound heard on the recording is the sound of passengers screaming.

More than 300 relatives of the victims have arrived near the crash site in Seyne-les-Alpes but officials have warned the recovery operation could take months.

Up to 600 human remains have been found so far but with not a single body in tact, investigators are having to resort to DNA from toothbrushes and other belongings to identify them.