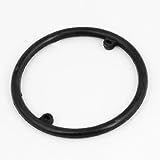 $20.24
Home › Blog › Autos › Get ready to share the road with cars that have no one behind the wheel – TechCrunch

The day when you pull up next to a car in traffic and find no one sitting at the steering wheel is probably closer than you think. As TechCrunch’s Lora Kolodny noted yesterday, California has amendments to a bill before its legislative assembly that would allow for the testing of cars without any driver in the seat at all on actual roads. And earlier this week, Michigan’s state legislators introduced a bill that would also allow testing without a safety driver present, which has bipartisan support and is set to be discussed at a state senate hearing today.

Both bills do limit the situations in which these kinds of driverless cars can operate; California’s bill specifies speeds under 35 miles per hour in pilot projects, and operation only within approved areas (but those areas could include public roads).

Michigan’s proposed law would allow the self-driving cars on any state roads, including highways and interstate routes. The only real limitation here would be that it includes a provision that carmakers and its suppliers (the creators of the autonomous driving system used, for instance) be held liable for any resulting accidents.

Currently, every state requires that a human driver be at the wheel. In Michigan’s case, then, the bill represents a significant economic advantage, and a way to keep car tech research and development within the state. The introduction of the proposed amendments in California is likely only going to speed up Michigan’s legislative process on the matter, especially since the bill already has support from both Republican and Democratic legislative representatives.

The bottom line is that one way or another, state lawmakers are very likely going to allow vehicles without humans at the wheel very soon. Yes, in a test capacity, and potentially in limited driving situations, but still on public roads, in situations where human drivers will see them and interact with them.