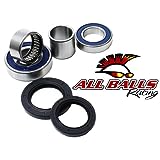 Barra, speaking at GM’s annual meeting in Detroit, acknowledged that FCA CEO Sergio Marchionne recently emailed her to propose a discussion about the matter.

But Barra said GM “thoroughly vetted” the idea and rejected the suggestion that GM and FCA should consider a tie-up. She said she had discussed the matter with the board and other GM executives, but they collectively ruled out a combination with the Italy-based company.

Any combination of GM and the company that now controls the Chrysler brand would equal revolutionary change for the Detroit auto giants once known as the Big Three.

“We’re showing steady progress on our goals to 2016 and beyond,” Barra said. “We think we’re acting in the best in interests of our shareholders. So that is our plan that is endorsed by our board.”

It’s unusual for a CEO to publicly agitate for consolidation, but that’s the path Marchionne has charted in recent months.

Complicating matters is that GM and Fiat have a messy past. About a decade ago, a partnership between the automakers collapsed, costing GM significantly.

Still, at least one analyst believes GM would benefit from exploring consolidation in some respect.

“We believe any signs that GM is pursuing some sort of strategic action could be potentially positive for the share price,” Morgan Stanley analyst Adam Jonas said in a research note.

But Jonas also acknowledged that the enormous complexity of combining two global automakers is a turnoff.

“We can’t argue with this — mergers are fraught with execution risk and there are many examples of failure in this industry,” he said.