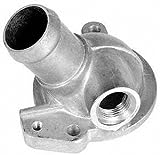 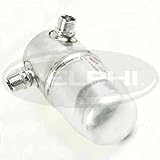 Fiat Chrysler Automobiles’ eked out a small sales increase in the U.S. in May as sales rose 1.1% while Ford’s sales fell 5.9% and General Motors sales dropped 18% as the U.S. automotive industry is increasingly showing signs of reaching a multi-year peak.

General Motors said a disruption of parts from Japan caused by earthquakes in April led to a parts shortage that shut down four plants for two weeks, creating a shortage of key vehicles just as they were being launched. The Detroit automaker temporarily idled plants that make the new Chevrolet Cruze, the new Cadillac XT5 and the redesigned GMC Acadia.

“There’s no question we could’ve sold more, however, production was impacted at Fairfax, Lordstown and Spring Hill by the Japanese earthquakes,” Kurt McNeil, GM’s vice president of sales operations said in a statement. “Current dealer inventories for launch products are about half of what we’d like for launch products, but availability is improving, which sets us up well for the second-half of the year.”

GM also significantly cut back on sales to fleet customers.

Ford sold a total of 67,412 F-Series pickups, a 9% increase, but that wasn’t enough to offset a steep, 25% drop in the Dearborn automaker’s car sales.

FCA managed to keep it’s impressive streak of 74 consecutive months of year-over-year sales gains going, but did so almost exclusive on the back of its Jeep brand as sales rose 14% for the SUV brand.

Meanwhile, sales were flat for the Ram brand and fell 5% for Dodge and 19% for both Fiat and Chrysler. The recent introduction of the all-new 2017 Chrysler Pacifica minivan has yet to help the automaker much because it is still building inventory at dealers across the country.

“Notwithstanding a challenging calendar, we managed to muscle our way to our strongest May sales in over 10 years,” Reid Bigland, FCA’s senior vice president of sales, said in a statement.

Today, automakers are expected to report a sales decline of about 5.8% for the month of May even though overall industry sales remain at record high levels.

Automakers ended May with a Memorial Day weekend — which traditionally gives the industry a boost — but faced a month with one fewer weekend than the same month a year ago. Automakers still are expected to sell more than 1.54 new cars and trucks for the month, which is considered very strong by historical standards.

“It’s easy to look at May’s sales and conclude that the retail car market is losing steam, but it’s too soon to say for sure that auto sales are leveling off,” Jessica Caldwell, Edmunds.com’s director of industry analysis, said in a recent report.

“While this year may not bring the growth the industry has become accustomed to, it is important to remember that sales are still at record levels and economic factors point to continued strength in the near future,” Tim Fleming, analyst for Kelley Blue Book, said in a recent report.

Also, the average transaction price for a new car increased 3.5% in May to $33,845. The average price of a car is rising in part because Americans continue to buy a larger percentage of crossovers, SUVs and pickups — which generally sell for higher prices than passenger cars.

That’s the case with Ford, which continues achieve gains on the sales of SUVs and pickups.

“With strong demand for pickups, vans and SUVs, Ford brand saw average prices grow almost $1,500 per vehicle in May – about 50 percent higher than the industry,” Mark LaNeve, Ford’s vice president of U.S. marketing and sales said in a statement.