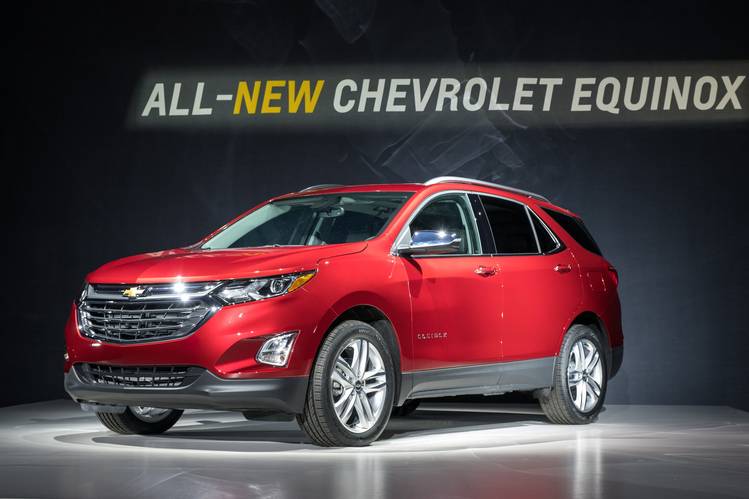 
plans to expand the U.S. availability of diesel engines in its Chevrolet cars and light trucks despite a diminished outlook for diesel vehicles overall in the wake of Volkswagen AG
VLKAY

GM said it would offer a diesel option with the 2018 model Chevrolet Equinox, its best-selling small sport-utility vehicle that is being overhauled amid booming demand for SUVs. The new Equinox will compete with Ford Motor Co.
F


’s CRV, and will be available at dealers early next year.

The No.1 U.S. auto maker in terms of sales also plans to offer diesel engines on its Chevrolet Cruze small car next year. Prices for the new vehicles will be disclosed closer to first deliveries, the company said.

Likely to only represent a modest percentage of total Equinox or Cruze sales in the U.S., GM’s bet on diesel comes after Volkswagen tried for years to get Americans to buy into the technology, which is more fuel efficient than gasoline. Volkswagen’s effort collapsed, however, when the company admitted its diesel vehicles emitted up to 40 times their allowed pollution and that the company lied to regulators about emissions.

Most auto makers offer hybrid-electric technology or turbocharging as a fuel-efficient alternative to conventional gasoline engines.

Diesel engines are popular for brawny pickups and big commercial trucks due to fuel savings, but it is a niche among U.S. car buyers. Diesels accounted for less than 1% of the nation’s car and SUV sales before Volkswagen pulled diesels from the market last September, according to data provider WardsAuto.com.

Volkswagen accounted for the bulk of diesel-vehicle sales for the passenger car market, amassing a loyal fan base due to peppy acceleration and good fuel economy. But diesels cost more to buy upfront, and a lack of diesel pumps at many filling stations has kept a lid on demand.

GM hopes to fill a niche in the U.S. vacated by its German rival’s pullback. And Chevrolet last year added a diesel-engine option to its Colorado midsize pickup that has drawn favorable reviews from car critics, emboldening GM to expand its diesel offerings.

“It’s only been since the VW challenges that people have been sort of scratching their heads a little bit” about diesels, GM North America President Alan Batey said in an interview. “But we’ve been absolutely thrilled with how they’ve taken off for us.”

‘Nobody will be able to say GM doesn’t have its bases covered if fuel prices go up again. ’

GM sells diesels in Europe in higher volume, helping pave the way for American executives to offer them as an option in the U.S.

Even in Europe where diesels account for about half of car sales, however, analysts expect the technology to eventually decline. A June study by AlixPartners LLP, a consulting firm, predicts diesel car sales will fall to 9% by 2030 as electric vehicles and hybrids become more affordable. Gasoline models will also decline, but not as sharply, the firm predicts.

GM will rely on several technologies to meet toughening fuel-economy regulations, including plug-in hybrid Chevrolet Volt and the long-range and relatively cheap electric car, the Bolt.

Still, the diesel Equinox should offer a valuable marketing claim: expected 40 miles-a-gallon in highway driving. And it signals that GM has several solutions on the fuel economy front, an important message for company that was nudged into bankruptcy in 2009 partly because spiking gas prices hurt demand for its truck-heavy lineup.

“Nobody will be able to say GM doesn’t have its bases covered if fuel prices go up again,” said Dave Sullivan, an analyst at research firm AutoPacific Inc. “It’s a good story to tell.”