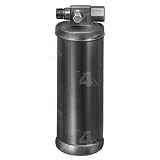 The autonomous vehicle has had a very good year, with Google’s cars logging 1.8 million miles, Delphi’s system completing a first-ever autonomous cross-country trip, and just under a dozen manufacturers getting approval from the California Department of Motor Vehicles (DMV) to test their own systems on the state’s roads.

Add to that group of autonomous-vehicle testers Honda, which just this week quietly joined the list that the California DMV publishes on its website. According to Reuters, Honda has an autonomous vehicle testing facility in Concord, CA (just outside of San Francisco), where it has been working on prototype vehicles.

Last summer, Honda showed a prototype Acura RLX that was hacked to have all the sensors and computing power that an autonomous vehicle requires. But since then, the company has been relatively quiet about its aspirations of building a self-driving car.

The other automakers and component companies that are permitted to test self-driving cars in California include Volkswagen Group of America, Mercedes Benz, Google, Delphi Automotive, Tesla Motors, Bosch, Nissan, Cruise Automation, and BMW. Nevada, Michigan, and Florida also permit the testing of autonomous vehicles on their roads.

In another move that could speed the adoption of self-driving cars, ten automakers pledged on Friday to outfit all of their new cars with automatic braking systems, which use on-vehicle sensors to apply the driver’s brakes if a collision with a car or any other object is imminent.

Audi, BMW, Ford, General Motors, Mazda, Mercedes Benz, Tesla, Toyota, Volkswagen and Volvo promised to the National Highway Traffic Safety Administration (NHTSA) and the Insurance Institute for Auto Safety (IIAS) that automatic braking systems would become the norm in their new cars, but they did not specify a target date for total integration. The Associated Press says that those automakers together make up 57 percent of last year’s car and light truck sales.

The AP reports that automatic braking systems “could prevent or mitigate an estimated 80 percent of the auto and commercial truck rear-end collisions that cause about 1,700 deaths and a half million injuries annually, according to a recent report by the National Transportation Safety Board.”

The NHTSA and IIAS said that they were open to possibly requiring automatic braking systems on new cars in the future, the AP noted.