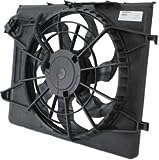 (CNN) — A major police operation was under way Monday in Sydney where hostages are being held in a cafe.

CNN affiliate Seven Network said that at least 13 people are being held at the Lindt Chocolate Cafe.

It published a photograph of people inside the building holding a black flag with Arabic writing on it. The flag reads: “There is no God but God and Mohammed is the prophet of God.”

Video showed people, presumably hostages, with their hands pressed up against the glass.

Australian Prime Minister Tony Abbott told reporters that authorities do not yet know the motivation of the person responsible for the ongoing situation. 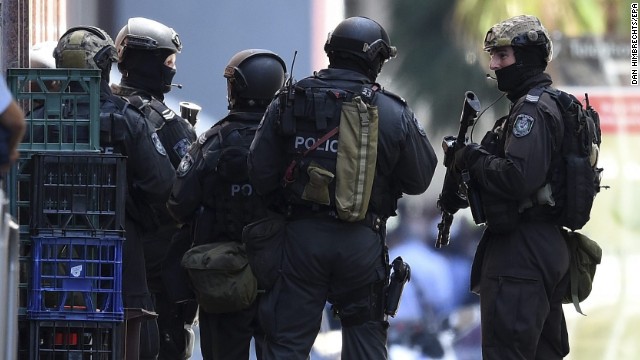 Members of the New South Wales Police Force’s Public Order and Riot Squad are seen outside Lindt Chocolate Cafe in Martin Place in the central business district of Sydney on Monday, December 15. A major police operation was under way Monday morning in Sydney. CNN affiliate Seven Network reported that officers were responding to a hostage situation at the cafe. 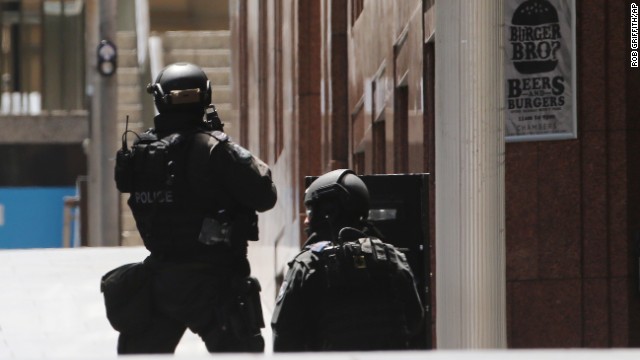 Police stand at the ready near the cafe. Seven Network reported that at least 13 hostages were being held. 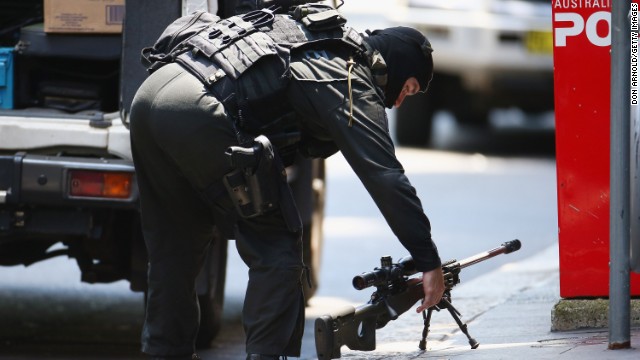 A sniper sets up outside the cafe. 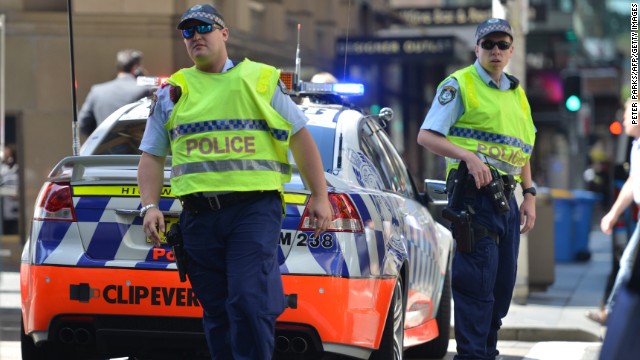 Police close a street near the scene. 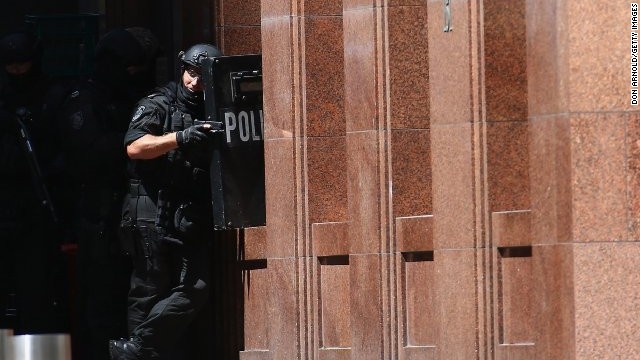 Police patrol near the cafe. 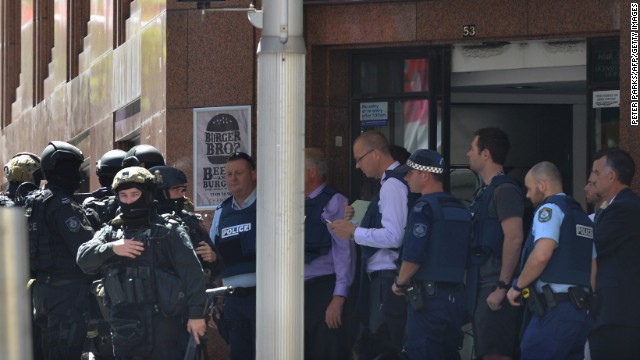 Armed police gather outside the cafe. 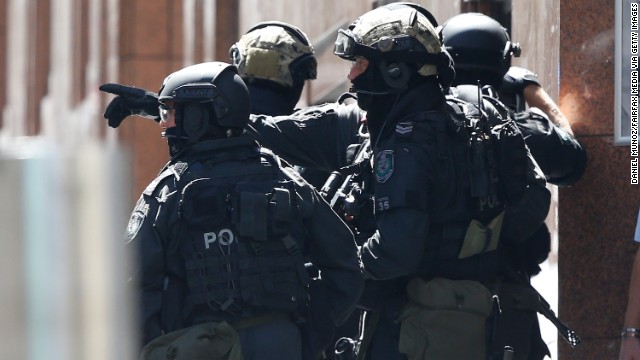 Police officers talk at the scene.

Police: ‘We are being tested today’

“We don’t know whether this is politically motivated, although obviously there are some indications that it could be,” he said.

The Prime Minister added: “The whole point of politically motivated violence is to scare people out of being themselves. Australia is a peaceful, open and generous society. Nothing should ever change that.”

He said more information would be released as it becomes available.

Two U.S. officials briefed on the incident said that it was unclear exactly how many hostages are being held. There is at least one armed suspect involved, and so far, no known motive, they said. U.S. President Barack Obama was also briefed on the situation.

Authorities have not yet had direct contact with the hostage taker, New South Wales Police Commissioner Andrew Scipione said.

“Our thoughts, our prayers go out to those that are caught up in this. We are doing absolutely everything we can to resolve it,” he told reporters.

The cafe is at Martin Place in Sydney’s busy Central Business District.

Video showed police and emergency workers at the scene, where a number of nearby streets have been closed.

The Martin Place train station was shut, and some offices were evacuated as a precaution, according to police. They urged people to stay away.

Chris Kenny, an editor at The Australian newspaper, was at the cafe Monday morning. He left shortly before the siege started.

“As police quickly swarmed and cleared the area, I turned to see a man against the window, facing out with his hands raised.

“At first I was relieved thinking this was the gunman responding to police — but soon the awful realisation the customers were being forced against the windows,” Kenny wrote in the newspaper.

“Terror is in the heart of Sydney right now,” he said.