Hot Wheels: The Most Stolen New And Used Cars – Forbes

Better make sure your car insurance is paid up, and consider buying that car alarm if you own a 1997 Honda accord, as it was the most stolen car in America last year, according to the annual “Hot Wheels” list compiled by the National Insurance Crime Bureau (NICB) in Des Plaines, Ill.

Many of the most purloined rides are older models, mainly family sedans and pickup trucks, that had yet to include so-called “smart key” technology that prevents a car’s engine from starting unless it recognizes a computer chip embedded within a key or a keyless-start key fob. And yet, the NICB reports, while the technology is effectively curbing vehicle thefts among later model cars, auto thefts have risen the last two years, in part because too many owners carelessly leave their vehicles parked unlocked – and with the keys or key fobs inside.

As it is, older high-volume cars like the above Accord, the Honda Civic and both Ford and Chevrolet pickup trucks, are taken more often than brand-new ones because they’re worth more than the sum of their parts, so to speak. They’re typically driven off, or even towed away to a “chop shop” where they’re dismantled into components – airbags and catalytic converters are especially valuable in this regard – that can be passed off to unscrupulous vendors and sold to consumers and repair shops.

Here’s the NICB’s list of most stolen used cars, with the “most popular” model years noted and the total number of units taken for each nameplate during 2016:

And while conventional wisdom might lead one to believe the list of the most stolen brand-new cars might be permeated with some red-hot rides like the Chevy Corvette or Ford Mustang that would be appropriated by young joy riders or snatched and resold either here or abroad with doctored titles, that’s not the case. Rather, like the list of older stolen cars it’s packed with what are largely among the most sedate rides on the road. Likely, they’re easier to take and, perhaps more importantly, easier to have illegally retitled and sold to unsuspecting buyers without attracting undue attention.

Here’s the NICB’s hot list of the cars from the 2016 model year having the highest theft rates last year:

As always, the best way to assure your car won’t wind up in the hands of a crook, is to follow some simple common sense guidelines that begin with locking the vehicle and taking the keys or proximity key fob with you whenever its parked, for however short a period of time.

“The increase in vehicle thefts over the past two years should be a reminder that drivers must do their part to protect their vehicles,” says NICB President and CEO Joe Wehrle. “Anti-theft systems in newer model cars and trucks are excellent, but they don’t work if you don’t use them. Far too many thefts occur because the vehicle is left unlocked and the key or fob is inside. Taking the time to lock it up every time you leave it can save a whole lot of headache and expense in the long run.”

Beyond that, consider using use an antitheft device, which will often also warrant a discount on your car insurance. This can be a simple as a steering-wheel lock like the popular “Club” or a hidden engine kill switch, or a tracking device that uses GPS telematics to monitor a vehicle’s location; the NICB says such devices are particularly effective in helping the police locate a car after it’s been stolen.

It’s also a good idea to have your car or truck’s vehicle identification number (often called a “VIN,” it’s found on the driver’s side of the dashboard at the bottom of the windshield, as well as on the model’s title) etched on the windshield and major components to make them more difficult for chop shops to sell as replacement parts.

The fine print: The above statistics are based on vehicle theft data submitted by law enforcement to the National Crime Information Center (NCIC) and accessed by the NICB on March 23, 2017. NCIC records may contain errors based on inaccurate entries submitted by reporting agencies. Full size pickups include half ton and larger capacity models for all makes. 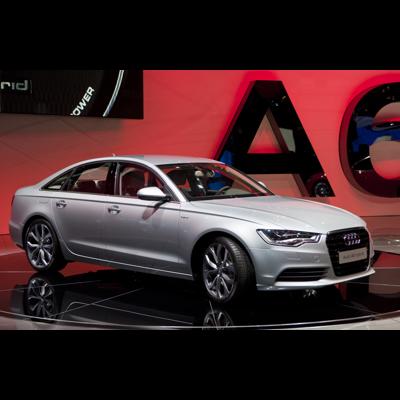