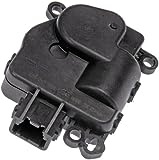 Rep. Steve Scalise, the House’s No. 3-ranking GOP leader, said he doesn’t support the views of a white supremacist group he addressed in 2002.

Scalise spoke to the Times-Picayune amid an uproar over his appearance at a conference of the European-American Unity and Rights Organization (EURO), an organization founded by David Duke, a former Ku Klux Klan leader and ex-state lawmaker. The Southern Poverty Law Center classifies EURO as a hate group.

Scalise’s appearance at the EURO event was reported Sunday by CenLamar.com, a liberal blog run by Lamar White Jr. At the time of the event, Scalise was a Louisiana state legislator.

“I didn’t know who all of these groups were and I detest any kind of hate group,” Scalise said in the Times-Picayune interview published Monday night. “For anyone to suggest that I was involved with a group like that is insulting and ludicrous.”

Scalise, who was elected by his fellow Republicans as House majority whip in June, said he does not remember addressing EURO. Scalise said that in 2002 he spoke to many different groups about his opposition to a tax plan.

In the interview, Scalise said he has read the blog post about his appearance at EURO and believes that “they don’t like Catholics like myself.” More from his interview:

I spoke to the League of Women Voters, a pretty liberal group. … I still went and spoke to them. I spoke to any group that called, and there were a lot of groups calling.

Louisiana Gov. Bobby Jindal and the state Republican Party stood by Scalise, who was elected to Congress in 2008, and issued separate statements of support.  Rep. Cedric Richmond, currently the state’s only Democratic member of Congress and who is also black, also voiced support for Scalise.

“I don’t think Steve Scalise has a racist bone in his body,” Richmond told the Times-Picayune.  “Steve and I have worked on issues that benefit poor people, black people, white people, Jewish people. I know his character.”