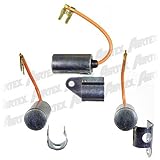 Tapping into the emergency war funding, known as Overseas Contingency Operations funds, or OCO, has long been controversial and Republicans were already split over the strategy.

Both House and Senate Republicans are expected to stay within the caps agreed to in 2011 when they unveil their budgets this week. But many GOP lawmakers have worried those limits could hamper military readiness at a time of global terrorism threats and have lobbied to find a way to increase military spending.

OCO funds aren’t subject to the 2011 caps, known as the sequester, so increasing that pool of money would enable House Republicans to boost overall military spending while also saying their budget hewed to the spending limits — an assertion sure to be challenged by Democrats and some who see it as a budget trick.

“I don’t like it because OCO is a gimmick,” Senate Armed Services Committee Chairman John McCain (R., Ariz.) said Monday evening. Mr. McCain, however, said he would not support a budget that did not increase military spending above the levels set in the 2011 deficit-reduction agreement.

An expanded version of this story is available at WSJ.com.