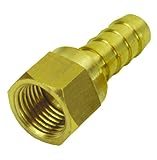 How concept cars of the future become reality – CBS News

Concept cars will draw big crowds at the New York International Auto Show, which opens to the public today. Automakers want to show visitors experimental designs and hints of future models, but concept cars are expensive to build and almost never hit the open road.

The grand reveal of the new Lincoln Navigator is the end of a design process that started years ago with a sketch. At the rarely-seen Lincoln Design Center in Dearborn, Michigan, CBS News correspondent Kris Van Cleave got an inside look at how the cars of the future become reality.

The team of designers first drew every angle of what would become the Navigator. After a series of tweaks and changes, it started to take shape in clay. That’s something carmakers have done for decades, but now it’s shaped with precision by a massive computer and then intricately finished by sculptors.

Moray Callum, Ford’s vice president of design, said they can spend a year going from clay to concept.

“It is to create a buzz, it is to anticipate people, it’s to give people a littlebit of excitement and to tease them on where we’re gonna go in the future,” Callum said.

That’s what the Navigator concept did with its the sweeping gull-wing door.

The concept of concept cars is nearly a century old. Buick’s Y-Job is widely credited as the first back in 1938. Nearly 20 feet long with hidden headlights and electric windows, it never made it to production. But it did set the tone for a generation of Buicks.

By the 1950s, the concept car took off with futuristic designs never meant for the road or even this planet.

“They are basically the stuff that dreams are made of,” Motor Trend editor-in-chief Ed Loh said.

“When things are going really, really well, you get some more forward-looking kind of vehicles but in times when maybe the economy is not so good, the vehicles can be a little bit more conservative, more staid,” Loh added.

Perhaps the most famous concept car is the 1955 Lincoln Futura. Four years later it drove Debbie Reynolds in “It Started with a Kiss.”

While some concept cars like the Batmobile become expensive collectors’ items, others end up in a warehouse outside Detroit, with their innovations, promises of things to come and the out-there designs lost to history.

Callum said it costs “hundreds of thousands” dollars to build a concept car.

“But we usually get our investment back in terms of the publicity we get from it and the message it sends to our customers,” Callum said.

David Woodhouse runs the Lincoln design team. He calls what they do “futuring.”

“The concept process is really an exaggeration of ideas,” Woodhouse said. “We wanted the customer to be transcended from their everyday life and busyness to something when you got into here, it felt like a sanctuary.”

A sanctuary in concept that took Woodhouse and his team four years to make a reality.