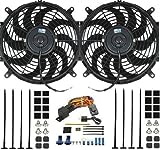 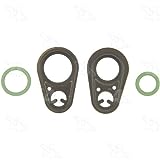 How Has Your Mom Impacted Your Love For Cars? – Jalopnik

Moms are kind of a big deal. Where would you be without yours? Not here, and not living out your passion for cars, either. That considered, we at Jalopnik want to take a moment to talk about our moms—and ask about yours. If you forgot the candy and a card, just say you put something nice about her on the internet.

Whether it was a good lesson about cars or simply dealing with the speeding tickets and mischief you may have gotten yourself into back in the day, your mom has probably been there for it all. The same goes for us, and it turns out that we all inherited from pretty great gene pools.

I’ll start. I certainly wouldn’t be here without my mother, both figuratively and literally. My mom, pictured above in a candid shot (that is not a joke, the photo is completely candid), loves her Mazda Miata and firmly believes that a sports car is not a sports car if it has an automatic transmission. She got in plenty of trouble with cars when she was a teen and would likely throw my computer out of a window if I put those stories online, but just know that she is very cool.

She probably got her love of cars from her father, who did local racing when she was a kid. She had a 1996 model-year Miata up until a few years ago, and she spent plenty of money to keep it going—I had to pick her up on the side of the road during the workday more than once, even.

That’s when she traded it in for the 2008 Miata above, which she drives at any chance. She’s always been a car person, and she did more than insistently lead me through gears of a manual transmission as a kid—she got us our first set of NASCAR tickets. Without those, motorsports would have never entered my radar and I’d probably be studying astronomy or something instead of journalism.

I could go on forever about my mom and her obsession with cars, but we’ve got a few other staffers here (who knew?) and they also have some great mothers. Thanks for everything you do, moms, and here’s our tribute to you.

Growing up my mom pretty much always drove a used car with a stick. With the exception of the Crown Vic she borrowed from my grandpa, there wasn’t even an option of having a new car with an automatic. There was a Volkswagen Beetle that I don’t remember, followed by a Subaru BRAT, Isuzu Impulse, and a beaten down and very cheap Isuzu iMark.

While other moms in my neighborhood would buy a new Lexus or a big Mercedes with the same enthusiasm they had for buying toilet paper, when I was about eleven my mom treated herself to her first new car ever: A stripper Ford Escort three-door hatch, black, with no passenger side mirror or radio.

My job affords me the opportunity to drive some amazing cars and I try to never lose site of the fact that my mom managed to give me a pretty great childhood while I rode around in the backseat of half a dozen of vehicles whose collective value is usually less than whatever car I’m in on a given week.

Now that she’s older my mom has treated herself again to a black car, but this one is larger and far more luxurious than that old Escort and even has an automatic. It’s a Kia Soul.

I really can’t say I exactly learned anything about cars from my mom in general, but my mom did like cars, and had some pretty specific tastes. There were a few things that came up a lot:

• Her favorite car of all time is an MG TC. “The one with the square grille,” she’d say.

• The car I came home from the hospital in was a yellow 1965 Buick Skylark convertible. My sister and I used to ride in it bundled in blankets because sometimes the top wouldn’t go up.

• She always talked about how, after she sold the Skylark, she saw it around town covered in WALLPAPER. This drove her crazy.

• She had a 1980 Honda Accord sedan with an optional wood-slat trunk rack. She would oil and treat the wood every week. She loved that rack.

• She doesn’t like the boat-tail Buick Rivera, but she loves the 1965 one. My grandfather had one she still talks about.

• She used to make great beds/play areas in the cargo area of our old 1973 Ford Country Squire wagon for roadtrips in the era before kids had to be safe.

My mom grew up in a family of four, with two brothers who worked hard and always had the latest version of an American muscle car—Corvettes, Firebirds, you name it. My uncles would let only my mom borrow them, because she had an appreciation for the power, the cars themselves, and just plain old loved to drive stick.

The best piece of advice she gave me was passed down from my grandfather, who taught her how to drive stick. He immediately brought her to a hill, and taught her there. Why? Because “if you can drive stick on a hill, you can drive it anywhere.” They’re right, and since I learned that way and successfully taught two other people in the same circumstances, you should too.

My mom knows a good car when she sees one, and is one of the first people I show a press car to for a second opinion.

My mom hates cars. Doesn’t even like washing hers, let alone driving or working on it.

I did get one piece of automotive advice from her though– “be careful who you trust with your wheels.”

Back in the 70’s her dad (my grandfather) had a then-new BMW Bavaria he was pretty proud of. Mom and her boyfriend took it out for a spin. Mom let the boyfriend drive… and the only details I’ve ever gotten out of her beyond that is “and that was the end of the BMW.” Apparently he put the car into an obstacle and killed it dead (though mom was ok.)

Since then mom doesn’t let rascally boys drive her car. And grandpa only drives Mercedes-Benzes.

I learned a lot of car stuff from my dad, from basic wrenching to how to drive stick. But the best piece of driving advice I ever got was from my mom. I wouldn’t say she’s a gearhead, but she appreciates cars with a lot of power. And she tolerates the gearhead proclivities of me and my father, which makes her a solid candidate for sainthood at some point.

She’s also the safest and most conscientious driver I know, and that’s because she follows this one rule: always assume the other driver will do the wrong thing. Assume they’ll run the red, make a left when they shouldn’t, that they don’t see you, and so on.

This is basic “defensive driving,” but if you take it a step further than that—if you assume that every single other driver you encounter on the road is a poorly-trained sociopath who can’t be bothered to stay off Facebook long enough not to murder someone with a 4,000-pound land missile—you can stay out of a lot of trouble.

Happy mother’s day, mom. Thanks for the good rule.

My mom is somewhat terrified of driving in a way I hope I never am. Her biggest hang-up was traffic, and while she always complained about narrow or curvy roads, I did spend a lot of time with her on the more scenic ways around town as opposed to stuck on a freeway somewhere. That’s always more enjoyable, as you see all the stuff you don’t see at speed: cool houses, parks, forests.

We moved around a lot, too, so many days were spent driving around to explore a new place. To this day, I think that’s the best way to get to know a new city: find things you want to see or stuff that looks interesting and just go drive there on surface streets. Don’t be afraid to wander around aimlessly.

I also became really good at reading maps early on as a passenger because of that tendency to drive all over, which helped when we moved from Texas to Washington in fifth grade. I couldn’t drive and Dad had already moved in, so I got the map.

Haha, if anything, I got really good at hiding stuff from my mom—like an entire LeMons race, or the fact that a car she owns went on a racetrack.

Thanks to Mom for putting up with four, or five, or seven speeding tickets and three accidents the last five years. You’re a champ. Also, thanks for never letting me drive your Mustang GT ever again after drifting it with you in the passenger seat that one time. That was probably smart.

My mom taught me a lot about driving. I remember being little way before I was even allowed to sit in the front seat and her telling me how to keep a safe distance behind other cars by counting the seconds between the road markers. For the longest time, she only drove manual transmission cars and her absolute favorite was her red MK2 Jetta GLI.

When I was 19 I wanted to buy a manual transmission car and my mom was nice enough to let me use some inheritance to get something sporty with 3-pedals. We found 1995 Honda Prelude Si with a 5-speed. She took me out for an hour to practice and said “Ok I think you got it, just be careful. Remember, anyone can get a car to go. Just make sure you can get it to stop.”

My absolute favorite mom car story happened before my time. When my mom was a single mother in her 20’s working at a diner and trying to provide for my sister, she was just barely getting by. It came to a point where she had the choice to either pay her car payment or her rent for that month. She asked for advice from one of her patrons. An older lady with a wonderful Southern accent said, “Honey…you can live in your car, but you can’t drive your house.”

And here’s a video story from Jared Auslander, Creative Video Editor and Shooter at Jalopnik:

Now, tell us about your mom. What makes her so cool? Did she deal with your wrenching and dangerous need for speed early on in life? Did she encourage it? We’ll find out soon, if you want to share.

Emphasis mine in the above text boxes.