The biggest challenge, he says, was an emotional one. For years, automotive design has revolved around some obvious fundamentals. A car needs a cockpit, for instance, a steering wheel and pedals. But with the Robocar, Simon had an opportunity to break almost every design rule in the book. The problem, he explains, was creating a car that didn’t look awkward without a driver. “For more than a hundred years, we’ve seen a person controlling the car. That’s why it’s so important that the Robocar has an emotion, a feeling. You don’t normally approach motorsport like that. You don’t go to a racing team and say: ‘This has to look emotional.’ But that’s why this [project] was so cool.”

Roborace showed a render of the car in March 2016. It looked stunning, but ambitious. So many concept cars remain just that: a concept, never to be manufactured or driven. But Sverdlov was adamant that the car could be built, and to the original specifications. “The challenge for our engineers was to change it as little as possible,” he said. “So we did the wind tunnel testing and all of the computer modelling to get the right performance. [We wanted] uncompromised performance, without touching the original design.” 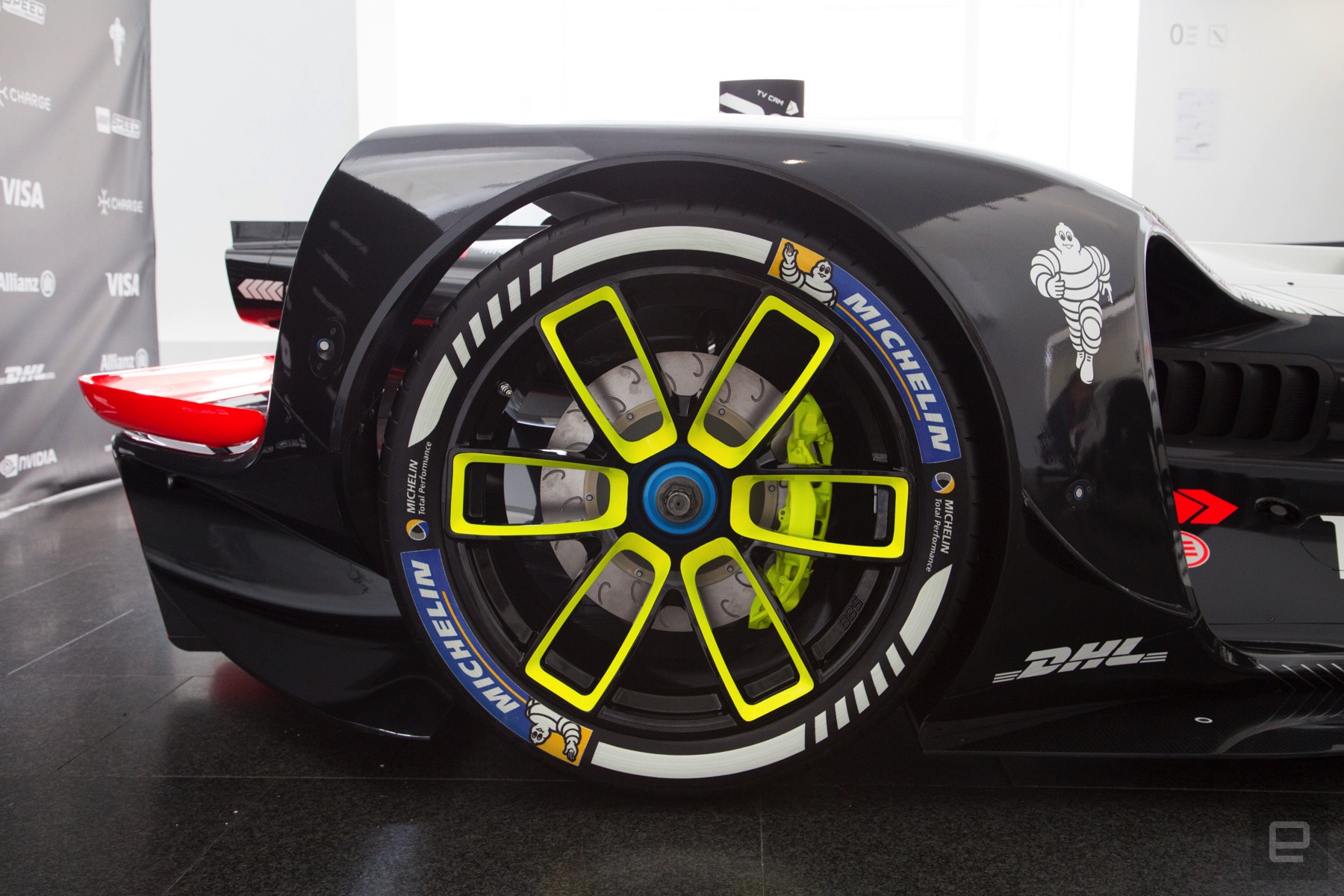 Easier said than done. “I think the most used line in our communication was ‘Dan, we have a problem,”‘ Simon said. “Followed by a little emoji with a tear.” Many driverless vehicles have a LIDAR setup on the roof, where it can easily survey the surrounding area. For the Robocar and its clean, sweeping lines, however, that wasn’t an option. So the team had to get creative with the sensors and their placement amongst the bodywork. The nose, for instance, is made of a special material which the radar can ‘see’ through. The LIDARs are built into the wheel arches in such a way that their viewing angles line up, eliminating any potential blind spots.

The absence of a cockpit provides some benefits, though. For one, it creates more space. Not just where the human driver would sit, but also the necessary safety features. There’s no need for a roll cage, for instance, or the gap that would normally protect someone from side impacts.

Up to this point, Roborace has been using development vehicles called, unsurprisingly, “DevBots.” They can drive on their own, but also contain a cockpit so an engineer can sit inside and take control if required. In terms of shape and performance, they’re quite different from the Robocar. But Sverdlov says the progress they’ve made with the DevBots will carry over. That’s because the AI and algorithms are being developed as a platform. “Everything we’ve already reached in DevBot, it’s already here as a given,” he said. “So now we are starting from this point to make it even better.” 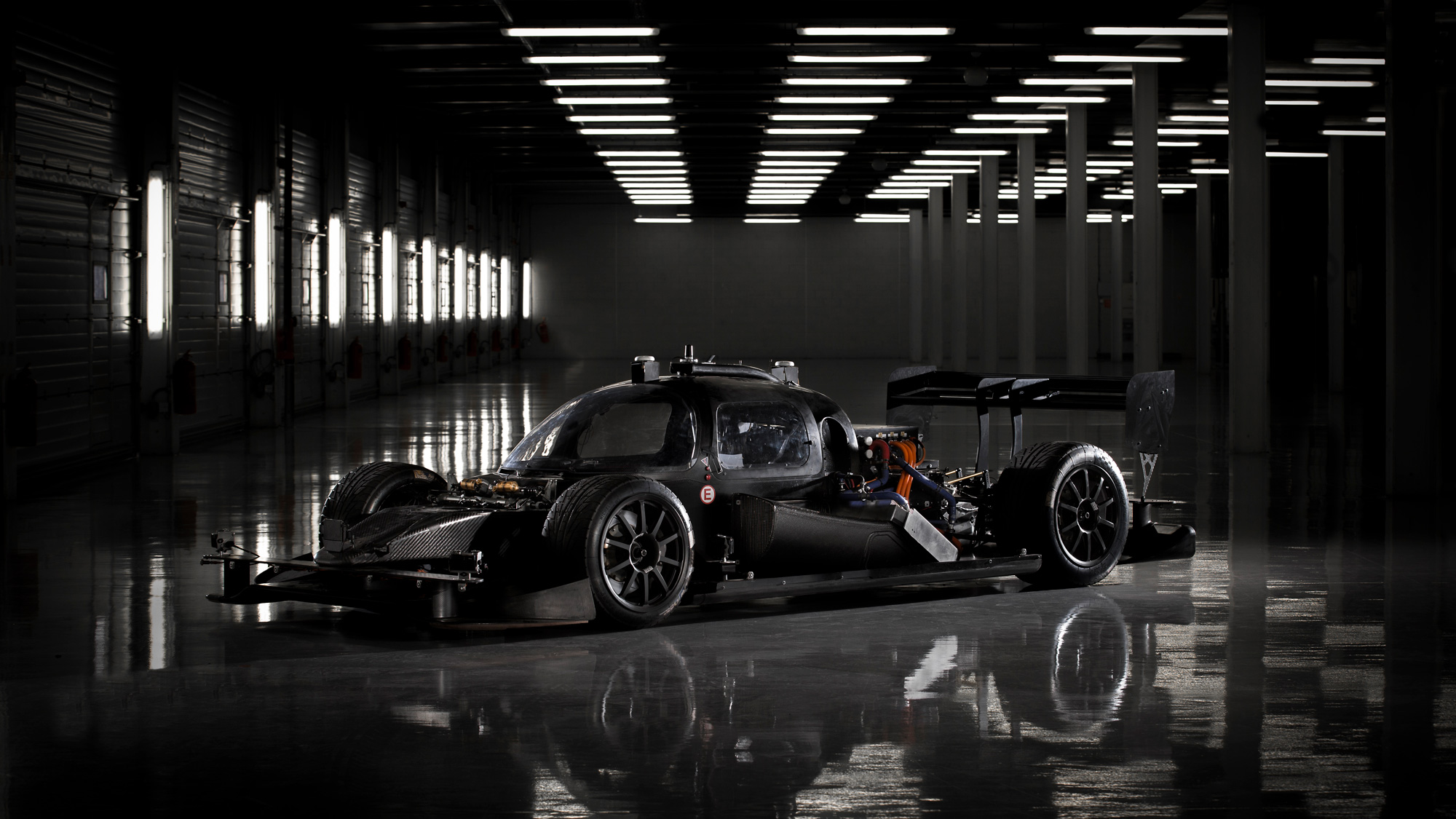 Still, the team is a long way from holding a Roborace. A documentary series on YouTube is surprisingly honest about the project’s challenges. In the very first episode, the team discovers a battery fault mere hours before a public demonstration. In another, two DevBots are put on the same track and allowed to race autonomously. For 20 laps the test is a success; one car even managed to swerve around a dog who had wandered onto the track. The dual was overshadowed, however, by a dramatic crash caused by the other DevBot bumping into a wall.

“What’s really, extremely important,” Sverdlov said, “is that those two cars started to understand each other and change their online path planner.” In short, the vehicles were behaving like real drivers, naturally changing their ‘line’ in response to the other AI.

Collisions are inevitable. But that’s the beauty of Roborace. The team is creating a space where engineers can experiment and push the limits without fear. There are no human drivers on the track. No unsuspecting public. Just a course with nine other Robocars hurtling around.