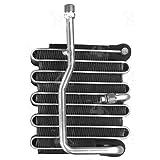 How self-driving cars could make traffic lights obsolete, in one mesmerizing video – Vox

We’ve only begun to think through how self-driving cars could eventually reshape our roads, cities, and lives — for better and for worse.

They might, for example, make (some) traffic lights obsolete.

In the video above, researchers at MIT’s Senseable City Lab demonstrate how streets full of autonomous vehicles wouldn’t need stoplights all the time. If the cars were communicating with each other, they could simply slow down a bit and “slot” their way through intersections at steady speeds without ever causing a collision.

The model for “slot-based intersections” is described in this recent paper in PLOS One. The researchers found that reducing reliance on stoplights in this manner would significantly cut down on delays and congestion. No more waiting around for the light to turn green. Cars would simply lower their speed to fit into a “slot” and then breeze right through that intersection without stopping.

Granted, this is all a long ways off. As Kevin Hartnett explains in the Boston Globe, there are endless kinks to work out. The cars would need to communicate not just with each other but likely with a central traffic controller. And, of course, the road would have to be filled entirely with autonomous vehicles — if you had even a single human driver blundering through the intersection, that could muck everything up. A future free of traffic lights is likely decades away, maybe more.

This also raises some thorny urban-planning issues: Slot-based intersections obviously don’t work for places where pedestrians need to cross (or for bicycles). Presumably you’d very much need stoplights there. Accommodating people who are walking or biking is going to be a major challenge for autonomous vehicles (AEVs). There’s a real risk that in an AEV-centric future, roads end up catering far more to cars than they do today — pushing everyone else out.

This all illustrates how drastically self-driving cars could remake our transportation systems, in positive and not-so-positive ways. As my colleague David Roberts has argued, it’s wrong to imagine that AEVs will simply replace conventional vehicles on the road in a 1-1 fashion and all else will stay equal. All else won’t stay equal. Massive systemic changes are likely to emerge from a future filled with AEVs — systemic changes that are very difficult to predict in advance. It’s much like how the advent of the internet didn’t simply replace the postal service. It remade our lives.

The end of stoplights is one example of a possible systemic change with far-reaching implications. No doubt we will discover many more.