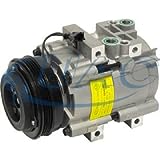 $0.18
Home › Blog › Autos › Hydrogen or electric: which will drive petrol cars off the road? – Telegraph.co.uk

Hydrogen or electric: which will drive petrol cars off the road? – Telegraph.co.uk

<!– remove the whitespace added by escenic before end of tag –>

There is a race taking place in the motor industry between two powerful camps to decide what will propel the cars of the future.

On one side sit some of the big names of car making: Japanese giant Toyota; its domestic rival Honda; and their Asian neighbour Hyundai, who are all betting big on the potential of hydrogen power.

The other camp, smaller, but more vocal, is being led by tech visionary Elon Musk, who is convinced that electric cars powered by batteries represent the future and is sticking with them for his Tesla cars.

Toyota has put billions into research to deliver the Mirai, a saloon powered by a hydrogen fuel cell. A handful of these cars are now on UK roads as early adopters such as Transport for London investigate their potential and Toyota examines how the concept could be scaled. Hyundai’s ix35 and the Honda Clarity are also on the road.

Hydrogen fuel cells work by using a “fuel stack” to mix outside air with the hydrogen they carry in pressurised tanks in a chemical reaction which creates electricity, with the only emission being water. This electricity is used to charge a battery or drive electric motors to power the car, known as a fuel cell electric vehicle (FCEV).

While this clean power might seem to be the obvious choice, Musk is less than convinced. Hydrogen power is “extremely silly” according to the billionaire PayPal founder, who is expending much of his fortune constructing a “gigafactory” to produce the batteries that power his Tesla electric vehicles (EVs).

“Hydrogen is an energy storage mechanism, it’s not a source of energy,” he told a conference earlier this year. “So you have to get that energy from somewhere. It’s extremely inefficient.” He believes that hydrogen is limited in that to create it, water needs to be electrolysed and the power to do this has to come from somewhere. It then has to be pressurised so enough can be stored in a tank to drive a car.

“If you took a solar panel and used that energy to just charge a battery directly, rather than trying to split water, take out the hydrogen, dump the oxygen, compress the hydrogen and then put it in a car to run the fuel cell, it is about half the efficiency,” he said. “Why do that? It makes no sense.”

Musk is the most outspoken in his doubts about hydrogen power but he’s not alone. This summer Hideyuki Sakamoto, a Nissan executive, also claimed that the future was electric – and that electricity would be stored in batteries.

“Our zero-emission strategy centres on electric vehicles,” he told Nissan’s AGM. “We are pursuing improved electric powertrain technologies which will enable us to mass produce and market EVs that equal or surpass the convenience of petrol-powered cars.”

Nissan already produces the Leaf, the best selling EV on the market, and Sakamoto’s statement indicates hydrogen will continue to play only a small role in the company’s future.

So is the future battery or hydrogen?

In hydrogen’s favour are its similarities to petrol. It takes a few minutes to fill a tank with the gas in a process similar to topping up a conventional car and many have a long range – the Mirai’s is 340 miles. Against it is the huge and costly task of developing the infrastructure to support hydrogen, from creating enough of the gas, transporting it and building a network of filling stations – there are just four in the UK at present.

EVs powered solely by batteries have shorter ranges and charging them takes longer – even “rapid” chargers take 30 minutes – but the infrastructure to support battery charging is seen as easier to introduce.

Cost remains a factor for both. FCEVs’ infancy means prices are high – Toyota’s Mirai lists at £66,000 – and EVs such as Nissan’s Leaf and Tesla’s cars are priced at a premium over similar-sized conventional vehicles.

Toyota is open about the challenges of hydrogen, but has set itself the target of delivering more than 30,000 FCEVs within five years. “Fuel cells are part of our corporate vision,” says Neil Spires, of Toyota. “We buy into the idea of a hydrogen society because it’s such a good way of storing energy.”