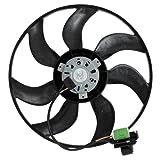 A row of Google self-driving cars outside the Computer History Museum in Mountain View, Calif., in 2014.(Photo: Eric Risberg, AP)

Nobody likes shelling out for auto insurance. But given the greater financial burden of a car wreck, most of us simply grin and bear it, minus the grin. After all, mistakes happen and drivers are only human — for now.

But as we hurtle into the age of computer-operated, fully autonomous vehicles, car insurance as we know it is about to change — including how much we need to buy.

Most experts expect the first driverless cars to become available by the early 2020s. By the mid-2030s, industry analyst IHS Automotive projects, more than 75 million cars with autonomous capabilities will be on the roads.

“Pretty soon we won’t drive off a dealership; we’ll be driven,” says Donald Light, an analyst for technology consultant Celent.

The changes will only get more dramatic from there. Autonomous vehicles will not only enable safer travel but also shift the blame for most accidents away from the vehicles’ owners and toward the vehicle and software makers. That could leave auto insurance companies facing a dim future in which their business shrivels as the need for personal auto insurance fades.

Although the prospect of using driverless cars may be scary to some, we humans aren’t doing such a bang-up job behind the wheel. According to the National Highway Traffic Safety Administration, driver error is the main cause of a whopping 94% of crashes. (Other causes included vehicle failure and weather.)

“We either fail to see a dangerous situation, don’t make the right decision to avoid trouble or can’t execute the correct maneuver,” Light says. “All three areas are ones in which autonomous cars will perform much better than people.”

Based on some projections, the improvement will be staggering. Jerry Albright, principal of actuarial and insurance risk practice at KPMG, a research and advisory firm, estimates that car accidents will drop by 80% by 2040.

Car manufacturers on the hook for crashes

Driverless cars will do more than just reduce collisions — they’ll also change how we assign blame for accidents that do happen.

“Many people are already hesitant to assume fault when they’re the ones driving,” says Joe Schneider, managing director of corporate finance at KPMG. “Now imagine a computer is chauffeuring you. You’re certainly not blaming yourself for a crash then.”

Although the issue of blame and liability is still murky, Light says the owners of autonomous vehicles won’t be on the hook for most crashes. Instead, the responsibility to pay damages will fall on the manufacturers and the hardware and software designers who create the self-driving systems.

By relinquishing decision-making to our cars, we’ll be able to purchase much leaner, cheaper insurance policies. For example, imagine needing only comprehensive coverage to pay for problems like car theft and hail damage that carmakers can’t control. Light estimates car insurance rates could shrink by up to two-thirds.

When to expect changes

The first fully autonomous vehicles will be publicly available. Ridesharing companies such as Uber and Lyft will begin using driverless cars, perhaps even before they’re sold to the public, says John Matley, principal of insurance and technology for advisory group Deloitte.

Albright refers to this period as the “chaotic middle.” Self-driving cars will be in short supply, and the price tag may be too steep for many motorists — up to $10,000 more than today’s cars, according to IHS Automotive. Liability issues will take a lot of time to sort through, and the auto insurance market will have yet to take a hit.

There will be fewer cars overall on the road due to ridesharing, and at least 40% of vehicles will have partially autonomous capabilities — including frontal crash avoidance, lane-departure warnings and blind-spot monitoring — according to a Celent report. Light estimates the cost of personal auto insurance will have dropped by 5% to 20%.

There will be significantly fewer vehicles in use, and we’ll enjoy demonstrably safer roads, Matley says. By now, he believes, total annual auto insurance revenue will have dropped from today’s level of about $200 billion to $140 billion.

A new normal: Ridesharing companies will operate fleets of driverless cars, and owning an autonomous vehicle will no longer just be for the wealthy. Matley believes the cost per mile of owning and operating self-driving cars will be cheaper than driving vehicles back in 2016. In addition to reduced car insurance costs, advances in lightweight construction will lower sticker prices for driverless cars and allow their owners to spend less on fuel.

Crash frequency will have plummeted, and car owners will have a minuscule need for insurance. Some of the largest auto insurance companies will leave the market altogether, Light says, while others will have to overhaul their business models to survive, focusing on commercial ridesharing or product liability coverage, or other services such as car maintenance.

By this point, Light believes, personal car insurance could cost close to 70% less than it does today. Or as he sums up, “We’ll all be having a beer to celebrate.”

The lure of convenience

Ultimately, consumers’ willingness to embrace this technology, despite initial hiccups, will determine if this timetable holds true.

Matley acknowledges there may be a rocky transition period, but he believes motorists’ reservations will start to crumble once they see driverless cars being used by ridesharing companies.

In Schneider’s opinion, a new culture of “mobility on demand” will prove too convenient to resist. “It’s going to click for a lot of people that driving is overrated,” he says.

NerdWallet is a USA TODAY content partner providing general news, commentary and coverage from around the web. Its content is produced independently of USA TODAY.