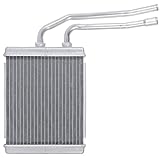 The casket of New York City police officer Rafael Ramos is carried into Christ Tabernacle Church prior to his wake in the Glendale neighborhood of the Queens borough of New York City Dec. 26, 2014.(Photo: Andrew Theodorakis, Getty Images)

The flag-draped casket carrying slain New York City officer Rafael Ramos arrived for his wake at a Queens church Friday amid a sea of blue, as fellow officers in crisp uniforms lined the streets outside and served as pallbearers.

Eight officers carried the casket inside as other cops saluted and stood at attention outside the entrance to Christ Tabernacle Church.

The casket was covered with the NYPD’s green and white striped flag with stars.

The funeral will be held on Saturday, with Vice President Joe Biden in attendance.

Ramos and his partner, Officer Wenjian Liu, were shot and killed Dec. 20. The gunman, Ismaaiyl Brinsley, later killed himself.

Friends and family said the 40-year-old Ramos, who was married with two sons, was a longstanding, deeply committed member of the Christ Tabernacle Church where he will be remembered.

Barricades were erected outside because of the large crowds expected.

Funeral plans for Liu were pending.

JetBlue airlines has offered free flights for police departments around the country who would like to attend the funeral for the two officers.

Rafael Ramos, left, and Wenjian Liu, right, were killed on Dec. 20, 2014, as they sat in their patrol car on a Brooklyn street.(Photo: AP Photo/New York Police Department)

“We’re honored to do what we can to support the communities we serve, and our team has made flights available to law enforcement agencies across our route network who wish to send representatives to New York to support their brethren,” JetBlue said in a statement.

The airline has has also offered to arrange to fly in Liu’s relatives from China.

Investigators say Brinsley was an emotionally disturbed loner, who began his rampage by shooting an ex-girlfriend in Baltimore. He also posted threats to police online and made references to high-profile cases of unarmed black men killed by white police officers.

The killings, following public protests over the death of Eric Garner, an unarmed black man who died after what a medical examiner determined was a white officer’s chokehold, has amplified emotions in an already tense national debate over police conduct.

Since the killing of Ramos and Liu, police in New York say they’ve arrested six people accused of threatening officers. A seventh man was arrested Thursday on gun charges after a bystander overheard him making threats against police officers and talking about guns in his home.

The Rev. Al Sharpton , along with Garner’s mother and widow, prayed for the families of the two slain officers at a Christmas dinner event.

The Garner family observed a moment of silence and prayed while serving meals and handing out toys with Sharpton at the Harlem headquarters of his National Action Network.

WABC-TV said widow Esaw Garner told the crowd she shares in the suffering of the police officers’ families and would be more than happy to meet them. Authorities say Brinsley had made a reference to Garner’s death on Instagram before shooting the officers.

Sharpton again condemned violence, saying anyone who doesn’t “is just trying to create a climate for their own political relevance.”

President Obama also condemned the killings and said that police officers “deserve our respect and gratitude every single day.”

New York Gov. Andrew Cuomo mentioned the slain officers in a holiday statement and urged people to “offer support to their families any way we can.”

The site of the shooting on Brooklyn’s Myrtle Avenue has been transformed into a shrine for the fallen men. Piles of bouquets, Christmas wreaths, teddy bears and candles mark the spot.

On Christmas Day, a bus brought dozens of members of several organizations of Hispanic clergy to the site on Brooklyn’s Myrtle Avenue, The New York Times reports. “Peace on earth and good will toward men,” the Rev. Gabriel Salguero, the president of the National Latino Evangelical Coalition, said. “We thought it was appropriate to be here.”

Some of the group joined hands and prayed with police officers, The Times reports.”It’s not going to bring them back,” said a tearful Detective Keith Knight, who was in one prayer circle.”But it felt good.”