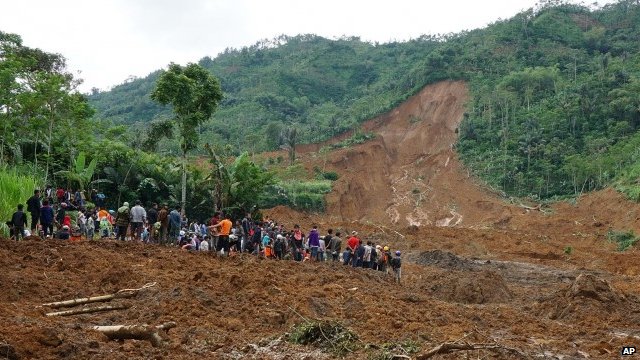 
Alice Budisatrijo in Jakarta say it is unlikely that many more survivors will be found, 24 hours after the landslide


At least 17 people have died and more than 90 are missing after a landslide on Indonesia’s main island of Java.

Rescuers have been searching for survivors but a lack of heavy equipment is hampering efforts, with many forced to dig with their bare hands.

Disaster agency officials said rescue teams had taken about 40 people to hospital, of whom four were said to be in a critical condition.

Relief efforts were suspended on Saturday afternoon after more rain. 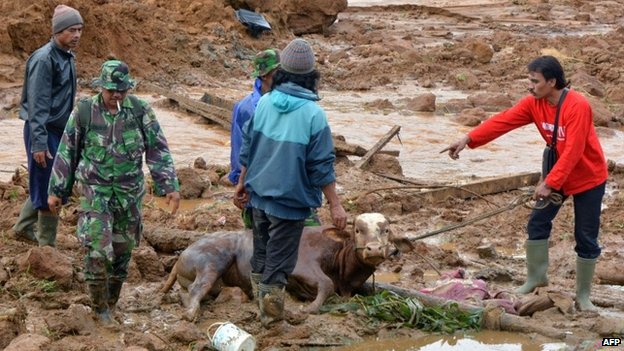 Landslides are common in Indonesia during the rainy season 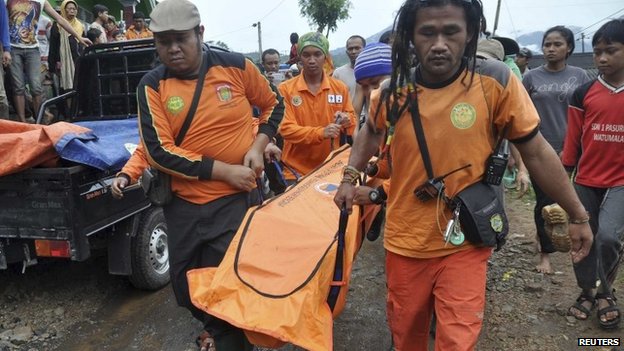 A landslide on Thursday killed one man in a nearby village

The country’s national disaster agency said hundreds of houses had been destroyed by the landslide.

“Conditions on the ground are pretty tough and we need heavy machines to clear the road that has been covered by the landslide,” agency spokesman Sutopo Purwo Nugroho said.

A landslide in a nearby village on Thursday killed one man and forced hundreds to evacuate.

Flash floods and landslides are common in Indonesia, triggered by seasonal downpours.

Many of the inhabitants of the chain of 17,000 islands live in mountainous areas or near fertile flood plains. 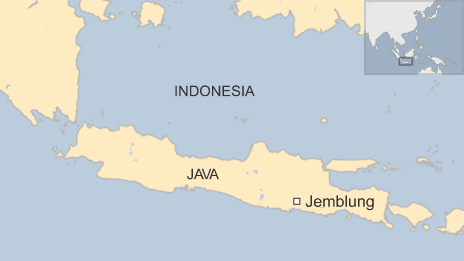 Are you in Java? Have you been affected by the landslide? You can share your experience by emailing haveyoursay@bbc.co.uk.

If you are willing to talk to a BBC journalist, please leave a contact number.