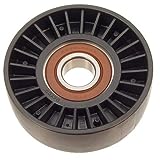 CONCORD, Calif. — A former military weapons depot in Northern California has been turned into a secretive test track for Silicon Valley, where companies can test their self-driving cars in private.

GoMentum Station is not only attracting the attention of automakers like Mercedes and Honda, but also tech companies like Google and Apple.

During the Cold War, the Concord Naval Weapons Depot would have ranked just behind France as a nuclear power by warhead count. It’s been decommissioned and now, a different type of intrigue takes place there: teaching self-driving cars how to drive in the real world.

GoMentum Station is a 2,100 acre test city with 20 miles of roads, dozens of intersections and lots of real buildings, all of it on county land still secured by the military.

Carmakers like the fact that roads are rough, the lane lines in need of a re-stripe — that’s great practice for a car learning to drive itself in the real world.

“Ninety-nine percent of the time when we drive on the road, it’s easy driving. One percent of the time something unusual happens,” Honda R&D America Chief Engineer Jim Keller said. “So by testing at GoMentum Station, we’re able to stage those one-percent situations — a ball running across the road or child coming out from between cars. We’re able to test those unusual situations in a safe and secure environment.”

How these vehicles see their way around GoMentum Station is many sensors. A high-resolution GPS antenna makes the mapping really precise. On the roof, a lidar (a laser that works like radar) does contour mapping with a spinning sensor that sees shapes in the world around it. And cameras have their own unique ability to not just tell what’s out there but where something is.

What’s also being tested is the early stages of V-to-V.

“Vehicle-to-vehicle communications, or V-to-V, is vehicles speaking or talking directly to other cars ten times a second,” said John Bozella, president and CEO of Global Automakers. “Basic information: how fast am I going, what heading am I on, is there an aspect of the vehicle in motion that needs to be transmitted to another car. And what that does, it allows drivers to be warned, but it also allows vehicles to automatically avoid collisions.”

Honda and Acura engineers are here now, but GoMentum Station will be adding more curious geeks, from vehicle makers to those who may be one day.

“Google, Apple, other manufacturers have approached us and we’ve taken a look at maybe partnering with these companies to begin their testing here, at least in California, in Concord, at the GoMentum Station” said Randell Iwasaki, the Executive Director of the Contra Costa Transportation Authority.

For their part, Honda Acura says it’ll have this kind of technology on freeways in early stages by 2020. And perhaps 20 years later, Honda and Acuras that are crash-free as a result.