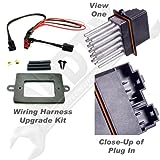 The Iowa Republican Party is moving its controversial presidential straw poll from its traditional Ames venue about 20 miles west to the Central Iowa Expo near Boone.

The final vote was unanimous among State Central Committee members, an Iowa GOP spokesman confirmed. The party touted Boone’s easy access from all points in the state — no more than three hours from the edges of Iowa. They also described it as a more affordable location to hold the event, ensuring maximum participation.

The poll, a staple of Republican presidential politics in the Hawkeye State since 1979, has traditionally been held at Iowa State University, in Ames, the August before the Iowa caucuses. But after tensions over the prices charged by the school in 2011, the state GOP this year began a bidding process to determine the best host.

Boone won out over three other competitors, including Iowa State.

The 2015 edition of the quadrennial event will be held on Aug. 8.

The straw poll’s very existence had been in doubt until earlier this year. Critics say the event can give longshot candidates an artificial boost, crowding out more serious contenders. For example, in 2011, then-Rep. Michele Bachmann (R-Minn.) won the poll but her campaign crumbled soon after, while a poor showing in Ames forced former Minnesota Gov. Tim Pawlenty from the race. But the state GOP voted in January to maintain the tradition — and keep one of its biggest fundraisers on the calendar.

Iowa Gov. Terry Branstad has previously questioned whether the poll was still useful. But on Thursday, he gave the event his blessing.

“As a former resident of Boone, I couldn’t be happier with the Central Committee’s selection,” Branstad said in a statement from the state party. “Making this event more accessible to every Iowan is an important step in keeping the straw poll a must-attend date on the presidential election calendar.”

The straw poll will be the second big political event of the summer for Boone and the expo: Sen. Joni Ernst’s (R-Iowa) June “Roast and Ride” fundraiser will be held there as well, she announced on Wednesday.