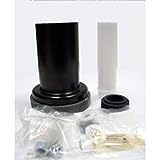 Iran nuclear "deadline" may only yeild a lifeline – CBS News

LAUSANNE, Switzerland — Officials say that Iran and six world powers are close to ending the latest round of nuclear talks with a statement that lacks specifics accompanied by documents outlining more detailed understandings.

The texts reflect obstacles remaining to a final agreement but will allow the sides to continue negotiating in a new phase toward that comprehensive deal by late June.

Russian Foreign Minister Sergey Lavrov is heading back to Lausanne, indicating an end to the talks is near. He departed on Monday but said he would return if a deal was imminent.

The so-called P5+1 world powers set the end of March as a self-imposed deadline to achieve a political framework for the resolution of the nuclear standoff with Iran.

“The chances are high. They are probably not 100 percent but you can never be 100 percent certain of anything. The odds are quite ‘doable’ if none of the parties raise the stakes at the last minute,” Lavrov said in Moscow, according to the Reuters news agency.

U.S. Secretary of State John Kerry and Iranian Foreign Minister Mohammad Javad Zarif already have been joined by the foreign ministers of the five other nations at the table.

The officials demanded anonymity Tuesday because their information is confidential.

As U.S. diplomats and their partners from the other five global powers taking place in the talks pressured Iran to accept a U.S.-brokered deal that would constrain its nuclear program for around 15 years, Western diplomats told CBS News’ Margaret Brennan even on Monday that an extension of a few hours or even a few days past the midnight deadline (6pm Eastern) was possible.

But the talk of a possible extension didn’t stopped both sides from staking out hardline positions ahead of the Tuesday night deadline, says Brennan, and with just hours to go, Iranian negotiators were playing hardball.

It’s a sign they’re not getting what they want from the other parties around the table, according to Ali Vaez, an Iran analyst with the International Crisis Group.

At the top of Iran’s wish list is shedding its international pariah status to become a member of the global community, and to do that, they want the harsh economic sanctions that have cut it off from world markets lifted immediately.

But the U.S. wants Iran to first prove it’s only interested in developing a peaceful nuclear program.

Officials told Brennan on Monday that the amount of research and development into uranium enrichment that Iran is allowed to conduct in the final five years of the emerging 15-year agreement remained a key sticking point.

During the first ten years, Iran would freeze its nuclear development but would be allowed to enrich to higher levels after year eleven. Iran wants that movement to happen quickly. The U.S. and its negotiating partners want a slower progression.

Another outstanding question under discussion as of Monday evening was how to dispose of Iran’s existing stockpile of atomic fuel. Abbas Araqchi, Iran’s deputy foreign minister, told reporters in Lausanne late Sunday that Tehran had refused to ship its uranium stockpile to another country. That appeared to rule out a proposal that would involve Iran sending its uranium to Russia for reprocessing into a form that would be difficult to use in a nuclear weapon.

A senior State Department official insisted that no decisions had yet been made on the matter and called destruction of the stockpile an essential step in ensuring that Iran’s program is entirely peaceful. Other Western diplomats said there were plenty of alternative measures being considered, however, and that shipping the uranium out was not the only solution to the problem.

The bottom line seemed to be that this core issue had yet to be decided on, and, like other sticking points, may not be within the remaining hours ahead of the Mar. 31 deadline.