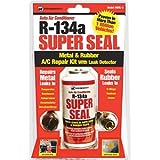 Iranian negotiators reportedly have made a last-ditch push for more concessions from the U.S. and five other world powers as talks on the fate of Iran’s nuclear program come down to the final days before a crucial deadline.

The New York Times reported late Sunday that Tehran had backed away from a tentative promise to ship a large portion of its uranium stockpile to Russia, where it could not be used as part of any future weapons program. Western officials insisted to the paper that the uranium did not have to be sent overseas, but could be disposed of in other ways.

However, if Iran insists on keeping its uranium in the country, it would undermine a key argument made in favor of the deal by the Obama administration. The Times reports that if the uranium had gone to Russia, it would have been converted into fuel rods, which are difficult to use in nuclear weapons. It is not clear what would happen to the uranium if it remained in Iran.

The Associated Press reported Sunday that Iran’s position had shifted from from demanding that it be allowed to keep nearly 10,000 centrifuges enriching uranium, to agreeing to 6,000. Western officials involved in the talks told the Associated Press that Tehran may be ready to accept an even lower number.

The United States and its allies want a deal that extends the time Iran would need to make a nuclear weapon from the present two months to three months to at least a year. However, The Times reported Sunday that a paper published by Olli Heinonen, former head of inspections for the U.N.’s nuclear watchdog, estimated that Iran could still develop a nuclear weapon in seven or eight months with around 6,500 centrifuges.

Tehran says it wants to enrich only for energy, science, industry and medicine. But many countries fear Iran could use the technology to make weapons-grade uranium.

Officials told the Associated Press that another main dispute involved the length of an agreement. Iran, they said, wants a total lifting of all caps on its activities after 10 years, while the U.S. and the five other nations at the talks — Russia, China, Britain, France and Germany — insist on progressive removal after a decade.

A senior U.S. official characterized the issue as lack of agreement on what happens in years 11 to 15. The official spoke on condition of anonymity in line with State Department rules on briefing about the closed-door talks.

Limits on Iran’s research and development of centrifuges also were unresolved, the Western officials said.

Tehran has created a prototype centrifuge that it says enriches uranium 16 times faster than its present mainstay model. The U.S. and its partners want to constrain research that would increase greatly the speed of making enough weapons-grade uranium for a bomb, once limits on Iran’s programs are lifted.

One official said Russia opposed the U.S. position that any U.N. penalties lifted in the course of a deal should be reimposed quickly if Tehran reneged on any commitments.

Both Western officials Iran was resisting attempts to make inspections and other ways of verification as intrusive as possible.

There was tentative agreement on turning a nearly-finished reactor into a model that gives off less plutonium waste than originally envisaged. Plutonium, like enriched uranium, is a path to nuclear weapons.

Iran and the U.S. were discussing letting Iran run centrifuges at an underground bunker that has been used to enrich uranium. The machines would produce isotopes for peaceful applications, the officials said.

Kerry has been in discussions with Iranian Foreign Minister Mohammad Javad Zarif since Thursday.