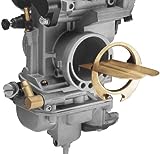 BAGHDAD — Underscoring the Iraqi government’s determination to control the timetable and tactics in the battle against the Islamic State, the country’s defense minister on Wednesday declared that the most challenging operation, driving the militants from Mosul, Iraq’s second-largest city, would be “planned, timed, and executed by Iraqis.”

The comments from the minister, Khaled al-Obeidi, came a day after tensions surfaced in the Iraqi-US alliance, and as Islamic State militants used guerrilla tactics to hold off a major government effort to retake the city of Tikrit for a third day. Thousands of people have fled their homes in and around Tikrit, United Nations officials said.

Amid hopes that the Tikrit offensive could become the first step in a broader effort to seize back territory from Islamic State fighters, Iraqi officials have bridled at estimates by some US officials that the Iraqi forces would not be ready to move against Mosul for months. US officials had also expressed concerns about the leading role of Iranian military officials and Iranian-aligned Shi’ite militias in the new offensive.

But as the battle continued in Tikrit, US officials, as well as some of their Iraqi counterparts, insisted that the two countries’ relationship was healthy and that close military collaboration would continue against the Islamic State, also known as ISIS or by the Arabic acronym Daesh.

Even though United States warplanes are not participating in the Tikrit battle, as they have in others, the Iraqi government still welcomes continued assistance, said Ali al-Alaaq, a close aide to Prime Minister Haider al-Abadi.


“Today in Salahuddin, we were hoping that the Americans could participate in the battle against ISIS, but we have launched against ISIS alone,” he said, adding, “We are expecting that the support will be continued, especially since we are facing a very important task in Mosul and other cities in Iraq.”

American officials, too, tried to play down signs of strain between the United States and Iraq.

“The United States is proud of its partnership with Iraqi forces, which has made huge impacts in weakening Daesh, and we are looking forward to more coordination with the Iraqi forces,” the US ambassador to Iraq, Stuart E. Jones, told reporters after visiting Grand Ayatollah Ali al-Sistani, the country’s most prominent Shi’ite cleric, in the southern city of Najaf.

He appeared to be reassuring Iraqi officials that the United States did not oppose the use of Shi’ite militias. Those militias have played a crucial role in the ground fight since many regular army units disintegrated as the Islamic State seized much of northern and western Iraq last June.

The remarks appeared to dovetail with comments Monday by General Martin E. Dempsey, chairman of the Joint Chiefs of Staff, who offered a counterpoint to other US officials who expressed concern that members of Iran’s Islamic Revolutionary Guard Corps were fighting in the battle.

Dempsey told a Senate hearing that while the Tikrit campaign represented the heaviest and most open Iranian involvement in Iraq in more than a decade of activity there, it could still have a good result.

“This is the most overt conduct of Iranian support, in the form of artillery and other things,” he told the Senate Armed Services Committee. “Frankly, it will only be a problem if it results in sectarianism.”