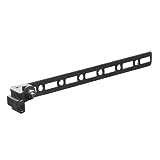 Islamic State group fighters shot down a Jordanian warplane on Wednesday over Syria and captured its pilot, activists and the country’s military said.

The Britain-based Syrian Observatory for Human Rights said the aircraft was shot down near the northern city of Raqqa, the Islamic State group’s de facto capital.

Jordan’s state news agency, Petra, confirmed that the pilot was from Jordan and he has been captured, the BBC reports.

“During a mission Wednesday morning conducted by several Royal Jordanian Air Force planes against hideouts of the IS terrorist organization in the Raqqa region, one of the planes went down and the pilot was taken hostage,” a military source was quoted by Petra as saying.

“Jordan holds the group and its supporters responsible for the safety of the pilot and his life,” the source added.

Another group, the Raqqa Media Center, said the warplane crashed near the village of Hamra Ghannam, adding that ISIS militants were searching the area in case there is another pilot.

If true, it will be the first warplane shot down by ISIS since the U.S.-led coalition began its airstrikes against the group in Syria three months ago.

RMC published a photograph said to be of the pilot who appeared wearing a white shirt as he was surrounded by 11 fighters, some of them masked.  Another photograph published by the group showed the man — naked from the waist down and soaking wet — being captured by three gunmen as he was taken out of what appeared to be a lake.

In Jordan, the pilot’s cousin Marwan al-Kaseasbeh confirmed by telephone with The Associated Press that the photos are of his cousin.

“May Allah plant mercy in your hearts and may you release my son,” al-Kaseasbeh’s father, Youssef, told the Jordanian newspaper Saraya, according to the BBC.

Youssef al-Kaseasbeh said he heard the news about his son’s capture after the head of the Royal Jordanian Air Force informed one of his sons.

Mu’ath Safi Yousef al-Kaseasbeh has been a pilot in the air force for six years and was married in July.

In Washington, a Pentagon official said they are aware of the claims being made over social media that a pilot has been shot down, but they could not confirm the report at this time.

The official said any further questions about the alleged capture should be referred to the government of Jordan. He spoke on the condition of anonymity because he was not authorized to discuss the reports by name.

The U.S.-led coalition has carried out hundreds of airstrikes against ISIS positions in Syria since Sept. 23.

Saudi Arabia, Jordan, Bahrain and the United Arab Emirates have joined in airstrikes against the extremist group, while Qatar is providing logistical support.