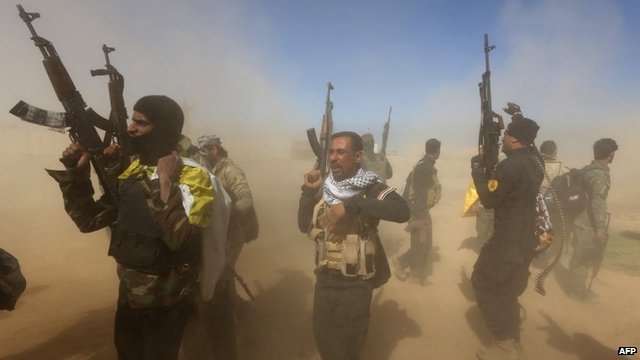 
BBC Arabic’s Ahmed Maher: “Capturing Tikrit might be a prelude for the battle for Mosul”


The top US general has said “there is no doubt” Iraqi forces will drive Islamic State (IS) militants out of Tikrit, as the troops reportedly entered the city’s northern areas.

Gen Martin Dempsey, chairman of the Joint Chiefs of Staff, was speaking at a hearing in the Senate in Washington.

But they have so far not made much progress in Tikrit’s south and west.

The operation to retake the hometown of Saddam Hussein is the biggest offensive yet by the Iraqi government.

Iran is helping to co-ordinate the 30,000 soldiers and militiamen involved. But the operation is not being supported by US-led coalition air strikes.

IS captured Tikrit last June after the Iraqi army collapsed in the face of a lightning advance by the group across northern and western Iraq.

“There’s no doubt that the combination of the [Iranian-backed] Popular Mobilisation forces and the Iraqi security forces, they’re going to run ISIL [IS] out of Tikrit,” Gen Dempsey said. 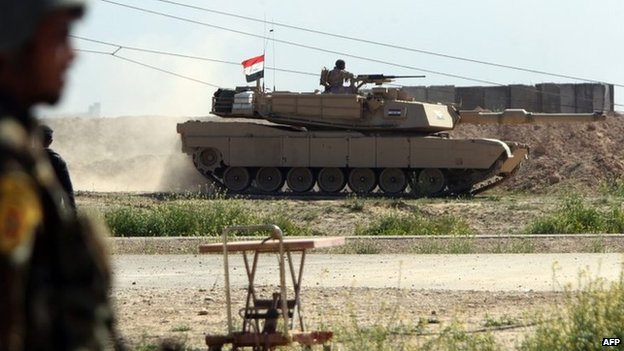 Iran is helping to co-ordinate the operation, which is not backed by the US-led coalition 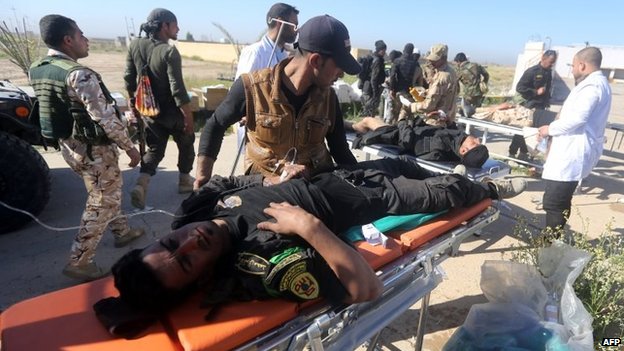 There have been concerns about the overt involvement of the Iranian military in the operation, with top Revolutionary Guards commander Gen Qasem Soleimani reportedly overseeing it.

Some analysts have also expressed fears that Shia militiamen fighting alongside government forces may carry out reprisals for the massacre by IS fighters and allied Sunni tribesmen of at least 700 soldiers, most of them Shia, at nearby Camp Speicher in June.

However, Gen Dempsey said: “The activities of the Iranians to support the Iraqi security forces is a positive thing in military terms against [IS].”

But he also added: “The question is what comes after, in terms of their willingness to let Sunni families move back into their neighbourhoods, whether they work to restore the basic services that are going to be necessary, or whether it results in atrocities and retribution.” 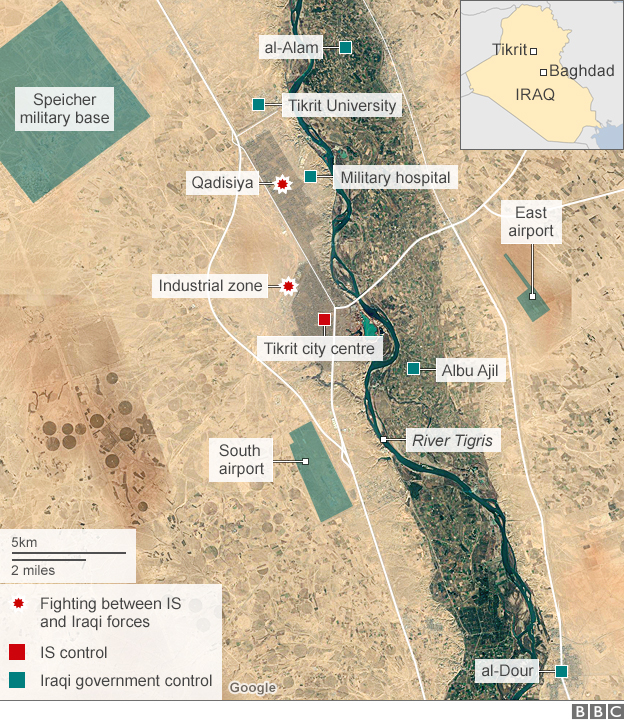 Earlier on Wednesday, a security official at the Samarra Operations Command in Iraq’s Salahuddin province told the BBC that government forces had entered north-eastern Tikrit after 10 days of heavy fighting in towns and villages along the Tigris river to the north and south.

He said they now controlled two-thirds of Qadisiya, and had raised the Iraqi flag at the nearby military hospital.

Raed al-Jubouri, the governor of Salahuddin province, of which Tikrit is the capital, also announced that the “purging” of the Qadisiya district was under way.

The security official added that government forces had earlier retaken the village of Samra, to the north-east, meaning they now had complete control of al-Alam district.

But he cautioned that clashes were still taking place in the south of Qadisiya and the government forces had failed to make any progress elsewhere in the city.

The Reuters news agency reported that the advance in Qadisiya stalled when troops came under fire from snipers and had to pause to defuse roadside bombs and booby-trapped buildings.

The official at the Samarra Operations Command also said an assault had been launched from the motorway west of Tikrit towards the al-Hayakil and al-Diyum districts, and the city’s industrial zone.

On Tuesday, officials said IS militants had bombed a bridge over the Tigris River to slow the advance of government forces. 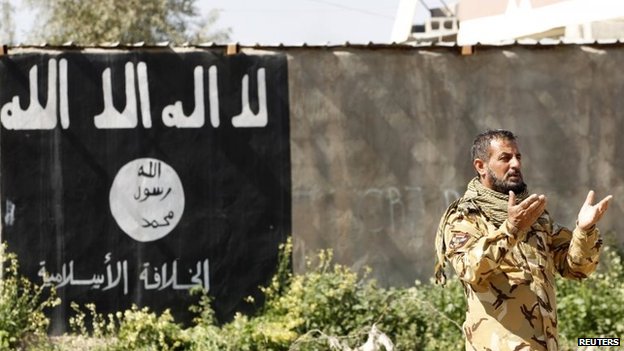 Government forces took full control of the town of al-Alam, north of Tikrit, on Tuesday 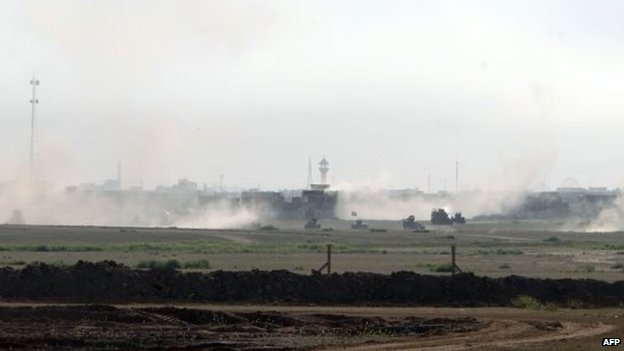 The offensive is the first attempt to push out IS from a major urban centre in Iraq, and is seen as a test for a planned operation to retake Mosul, the largest city in the north.

US military officials have said that the Mosul assault will likely begin in April or May and involve up to 25,000 Iraqi troops, but have said it could be delayed if government forces are not ready. 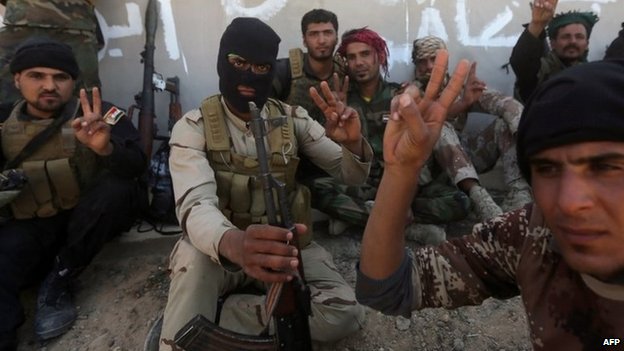 How Iran is involved in battle for Tikrit

Tikrit campaign key to rolling back IS advance