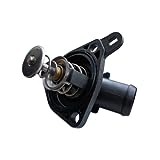 Prime Minister Benjamin Netanyahu apologized to Israel’s Arab citizens on Monday for remarks he made during last week’s parliament election that offended members of the community.

The move appeared to be an attempt to heal rifts and mute criticism at home and in the United States. Netanyahu drew accusations of racism in Israel, especially from its Arab minority, and a White House rebuke when, just a few hours before polling stations were to close across the country, he warned that Arab citizens were voting “in droves.”

But President Barack Obama’s chief of staff, Denis McDonough, rejected Netanyahu’s attempt to distance himself from his comments, telling an Israel advocacy group Monday that the U.S. can’t just overlook what Netanyahu said on the eve of his re-election.

Netanyahu, whose Likud Party won re-election in the vote, met with members of the Arab community at the prime minister’s residence in Jerusalem on Monday and apologized.

He said he knows his “comments last week offended some Israeli citizens and offended members of the Israeli-Arab community.”

“This was never my intent. I apologize for this,” Netanyahu said. “I view myself as the prime minister of each and every citizen of Israel, without any prejudice based on religion, ethnicity or gender.”

“I view all Israeli citizens as partners in the building of a prosperous and safe state of Israel, for all Israelis,” he also said.