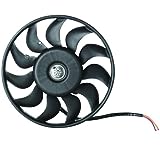 LAKE FOREST, Ill. — Jason Day‘s eagle attempt from 44 yards — and bid for golf’s magic number of 59 — came up short Friday on the final hole of his opening round at the BMW Championship.

Day two-putted his final hole, the ninth, for a career-best 10-under 61. He had nine birdies on his card, one eagle and a bogey at Conway Farms Golf Club to complete the opening round, which was halted Thursday because of thunderstorms.

Jordan Spieth and PGA Tour rookie Daniel Berger are four shots back after finishing with 65s.

Day, a 27-year-old Australian, has won three of his past five tournaments, including his first major. A victory in the third FedEx Cup playoff event would send Day to No. 1 in the world for the first time.

He is 89 under par dating to the Open Championship. Day is playing so well that he said every round feels like practice.

“No matter what you do, even if you hit a bad shot, it’s going to be all right,” Day said Thursday. “That’s kind of the way it feels. It’s hard to explain because I’m just out there and I’m not really paying attention to the score, and I’m hitting it down the middle and hitting it on the greens and holing putts.”

It was the best show of the PGA Tour’s postseason, even for a Thursday that was interrupted by a dark and stormy sky north of Chicago. The group of Day, Spieth and Rickie Fowler — Nos. 1-2-3 in the FedEx Cup — attracted an enormous gallery, and the players delivered one great shot after another.