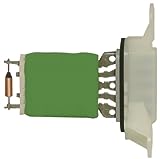 Two Jeep sport-utility vehicles assembled in Ohio topped the Cars.com list of most American-made vehicles in a shakeup for the closely followed index.

The two vehicles made by Japanese automakers that previously topped the list, the Toyota Camry and Honda Accord, have dropped out of the top 10, illustrating the complexity in determining what qualifies as genuinely American-made.

The newly formulated list gives six of its top 10 spots to the traditional Detroit Three —General Motors, Ford and Fiat Chrysler — as they face political pressure to show off their American roots.

This year’s first- and second-place entries, Fiat Chrysler’s Jeep Wrangler and Jeep Cherokee, are both assembled in Toledo, Ohio.

“The Wrangler, as a descendent essentially of the military Jeep that helped the Allies win World War II, had pretty good American credentials to begin with,” Cars.com executive editor Joe Wiesenfelder said. “It seems to go even deeper than that.”

Cars.com said it had revamped its criteria to better reflect several factors. It’s now based on assembly location, the percentage of parts made domestically, the manufacturing location of the model’s engine and transmission, and the number of American workers the manufacturer employs compared to its U.S. sales.

The Wrangler and Cherokee, for example, respectively derive 74% and 70% of their parts from U.S. plants. And each vehicle gets all of its engines and nearly all of its transmissions from American operations.

One previous factor, sales volume, was discounted, which hurt the Camry and Accord.

Automakers have showered their U.S. manufacturing investments with publicity after President Trump took office and threatened to renegotiate the North American Free Trade Agreement to punish auto companies that manufacture vehicles in foreign markets and sell them to Americans.

Toyota repeatedly boasted about its own position at the top of Cars.com’s rankings, even decking out a Camry in red-white-and-blue at the New York Auto Show in April.

Still, although the auto industry likes the bragging rights of the American-made moniker, few buyers choose their vehicles based on manufacturing location.

“It’s typically a very Rust Belt centric part of the population that cares,” AutoPacific analyst Dave Sullivan said. “Even then, we’re splitting hairs here. Is an iPhone American because it’s an American company? Or is it Chinese since it is assembled there?”

About 25% of survey respondents told Cars.com that they would consider buying vehicles only from American manufacturers, up from 13% a year earlier.

But experts say that doesn’t show up in actual sales.

In fact, the Detroit Three have recently taken steps to import certain vehicles from China for sale in the U.S., with little backlash so far. GM is selling the China-made Buick Envision crossover in the U.S., and Ford announced plans earlier this week to import the Focus sedan from China.

Moreover, experts expect the percentage of U.S.-sold vehicles that are made in Mexico to increase over the next several years, despite Trump’s NAFTA threats.

Cars.com is an independent publicly traded company but was formerly part of Gannett, which owns USA TODAY.