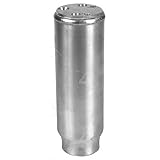 “He was without the doubt the greatest rock/soul voice ever to come out of Britain – and remained the same throughout his life [sic].

“Hugely talented – a true star – but a kind and humble man who loved to perform. Anyone who ever saw him live will never forget him.

“We had the joy to work with this wonderful man for almost 30 years. We loved him and it will be impossible to fill the space he leaves in our hearts.” Born John Robert Cocker on 20 May 1944 in Sheffield, he worked as a gas fitter while pursuing a singing career, covering Motown songs in pubs in northern England in the 1960s.

In 1964 he hit the big time, and was celebrated for his gritty voice and his unique stage presence – twisting his body and face into contortions as he sang.

During his prolific career, he released 23 studio albums, including Fire It Up in 2012, and toured extensively across the world. His first of two performances at the iconic US festival Woodstock is one of his most well-remembered gigs.


You Are So Beautiful  – a Top Ten hit in 1975 – Unchain My Heart , and Randy Newman’s You Can Leave Your Hat On and When the Night Comes are among his most popular songs.

He also reached Number One in the UK in 1968 with The Beatles cover With a Little Help from My Friends.

Up Where We Belong, his duet with Jennifer Warnes, featured in the film An Officer And A Gentleman and reached number one – winning both stars a Grammy and an Academy Award.

Earlier this year, he broke his own records with a number one album in Germany, and played arenas across Europe including a final concert in Hammersmith in June, Mr Marshall said.

Cocker lived in Crawford, Colorado, where he and his wife, Pam, had set up the Cocker Kids’ Foundation to support local youth.

“It was to be his last tour, he left at the very pinnacle of his talent,” his agent added.

Sir Paul said: “It’s really sad to hear about Joe’s passing. He was a lovely northern lad who I loved a lot and, like many people, I loved his singing

“I was especially pleased when he decided to cover With A Little Help From My Friends and I remember him and [producer] Denny Cordell coming round to the studio in Savile Row and playing me what they’d recorded and it was just mind-blowing, totally turned the song into a soul anthem and I was forever grateful for him for doing that.

“I knew him through the years as a good mate and I was so sad to hear that he had been ill and really sad to hear today that he had passed away. He was a great guy, a lovely guy who brought so much to the world and we’ll all miss him,” he added.