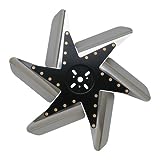 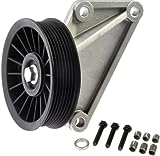 Some 230,000 people were killed in the Indian Ocean tsunami set off by a magnitude 9.1 earthquake on Dec. 26, 2004. A dozen countries were hit, from Indonesia to India to Africa’s east coast. Scores of Associated Press journalists covered the disaster, and as the 10th anniversary approached, the AP asked 10 of them to describe the images that have stuck with them the most:

Jerry Harmer, AP’s editor for video in Indochina, based in Bangkok, reported on the tsunami from Khao Lak, Thailand:

Forty-eight hours after the tsunami, I was on the beach at Khao Lak, where thousands of holidaymakers and locals died. I recorded rescue workers retrieving the corpses that were still strewn across the sand.

As I followed one squad toward an outcrop of rock, I saw a man’s body dangling from a jumble of uprooted trees. A trunk was wedged under his shoulders and his arms were spread across it. He looked as if he’d been crucified.

The image has stayed with me. It seemed extraordinarily emblematic of the suffering that had engulfed the coastline not just of Thailand, but many other countries too.

Dita Alangkara, a photographer based in Jakarta, Indonesia, viewed the worst of the tsunami in the country’s Aceh region:

When my plane made an approach to land, the view from the window was shocking. It was even more jaw-dropping from the ground. As far as I could see, the city was totally flattened. Almost no buildings were spared from the killer waves. Dead bodies littered the street, stuck on tall trees. Some were eaten by dogs. It was so depressing.

The image that stuck with me most was the mass grave.

Not until the following week did the crippled authority start to get organized and collect the bodies to bury them in the hastily dug grave. No matter how hard they worked, there were just too many bodies. There was only one helpless excavator that couldn’t keep up with the flow. This left the bodies piled up untouched for days, maybe even weeks. It reeked of rotting flesh.

As far as I can recall, it took a month for enough help to arrive to handle the bodies properly.

Seeing hundreds of dead bodies every day just made me appreciate life more, the air that I breathe and also the sun that I always complain about because it’s too hot here where I live. That assignment brought me back to the reality that I have everything I need. … After that assignment, everything looked so precious.

Tassanee Vejpongsa, a video journalist based in Taipei, Taiwan, covered the disaster in Phuket, Thailand:

We had just finished our last feed as the sun started to rise. It had been a long night of coverage of what was appearing to be an incredible natural disaster spread over South Asia. One day had passed since the massive tsunami waves crushed the famed beach resorts of Phuket, when we started to hear about the quiet beach town of Khao Lak just to the north.

As my car drove down toward Khao Lak, I stared out the window at the vast stretch of beach. This normally dreamy beach of white sand and saggy coconut trees was lined with colored debris and wreckage as far as my eyes could see. Such a colorful mess, I thought.

Our driver slowed the car, seeming to realize as I was, that this color was not garbage or wreckage, but bodies. The bodies of tourists, wrapped in the festive colors anyone might wear to a beach holiday. Bright yellows and deep reds, swimsuits and sundresses.