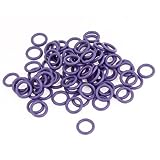 California Attorney General Kamala Harris declared her candidacy Tuesday for the U.S. Senate seat that Barbara Boxer will vacate in 2016.

“I’m excited to share with you that I’m launching my campaign to be a voice for the people of California in the United States Senate — and I need your help to build a grass-roots campaign that reaches all across our state,” Harris wrote on Facebook.

“I want to be a fighter for families feeling the pinch of stagnant wages and diminishing opportunity, for students burdened by predatory lenders and skyrocketing tuition, for our immigrant communities and for our seniors,” she added. California has been incredibly well served by the transformational leadership of Senator Boxer and the continued service of Senator Feinstein. With your help, I hope to build on their legacies.”

If elected, Harris, 50, would be California’s first African-American U.S. senator.

Harris, who splits her time between San Francisco and Los Angeles, was just sworn into her second term as California’s “top cop.” Before that, she was San Francisco’s district attorney; earlier still, she worked in the San Francisco City Attorney’s Office and was an Alameda County prosecutor.

Lt. Gov. Gavin Newsom, who also had been considered a prime contender to succeed Boxer, announced Monday morning that he won’t seek the seat. Newsom’s decision fueled speculation that he will run to succeed Gov. Jerry Brown in 2018.

Republicans who have expressed interest in the race include former state GOP chairmen Tom Del Beccaro of Lafayette and Duf Sundheim of Los Gatos Hills. Other Republicans mentioned as possible contenders include former U.S. Secretary of State Condoleezza Rice and former HP CEO Carly Fiorina, who lost to Boxer in 2010.