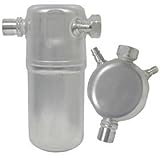 The Los Angeles Police Department says a homeless man killed by an officer on Sunday afternoon resisted arrest and “struggled over one of the officer’s handguns” before he was shot.

The LAPD’s statement on the shooting, portions of which were tweeted on the official LAPD Headquarters-Media Relations & Community Affairs account @LAPDHQ, came after a Facebook video of the shooting was widely shared on social media. By Monday morning, the video had more than 5 million views.

In footage posted by Anthony Blackburn, who witnessed the incident, a group of police officers can be seen in a scuffle with two people near what appears to be tents and sleeping pallets on the sidewalk in the city’s Skid Row neighborhood.

One woman is arrested by two officers after she picks up a baton while a man s forced to the ground by four officers. While on the ground, he continues to struggle with police and one officer can be heard saying: “Drop the gun, drop the gun.”

Moments later, five gunshots can be heard in the footage.

Watch the video (Warning: This footage is graphic)

“The video is disturbing,” LAPD Cmdr. Andrew Smith said at a briefing with reporters late Sunday night. “It’s disturbing any time anyone loses their life. It’s a tragedy.”

According to the LAPD, the man, identified by witnesses as “Africa,” began “fighting and physically resisting the officers” as they attempted to take him into custody.

The officers used a TASER on the man but but he continued to fight.

“While on the ground,” the statement from the LAPD said, “the suspect and officers struggled over one of the officer’s handguns and then an officer-involved shooting occurred.”

While on the ground,suspect and #lapd officers struggled over one of officer’s handgun at which point an officer involved shooting occurred

The man was pronounced dead at the scene.

Two of the officers “suffered minor injuries and were treated and released,” the LAPD said, adding on its Twitter account that it was “important to [the] LAPD that the facts related to this and all officer involved shootings are shared with the community.”

Witnesses told the Los Angeles Times that the man had been sleeping among the bags and trash for about four months. An estimated 1,700 of LA’s homeless live in the Skid Row neighborhood and many of them struggle with mental illness and addiction.

One woman who told Fox 11 News that she witnessed the shooting said, “He didn’t have no weapon. They could have just wrestled him down.”

Activists have called on the Police Commission to hold a special hearing on use of force by officers in Skid Row encounters.

Steve Soboroff, President of the Commission, said in a tweet there would be “thorough investigations” by the police department and its Inspector General “proceeding simultaneously.”

A small crowd of demonstrators gathered Sunday night in downtown Los Angeles to protest the shooting.

Some information in this reported is provided by the Associated Press. Additional reporting by Jenni Ryall.