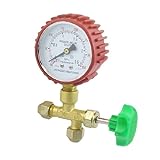 Naturally, Crockett has the right wheels: a Porsche 911 SC Targa, a fake Ferrari 365 GTS/4 Daytona and — from Season 3 onwards — a white 1986 Ferrari Testarossa.

That Testarossa, repainted by the show’s producers from its original black to stand out more on Miami’s streets at night (and to replace the Daytona that was actually a replica built on a Chevrolet Corvette chassis), is just one of the many Ferraris on display and up for sale next week at California’s annual automotive extravaganza known as the Monterey Car Week. 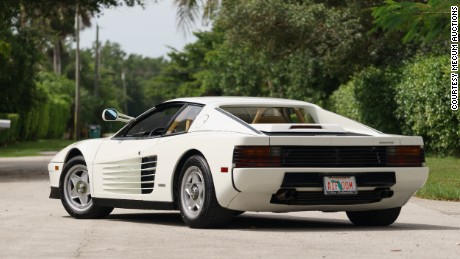 Buyers seeking something a little more restrained than a loud and proud “Miami Vice” car need look no further than a black 1963 Ferrari 250 GT/L Berlinetta Lusso, owned until recently by The Voice panelist and Maroon 5 frontman Adam Levine. The exquisitely proportioned Lusso is rightly regarded as one of the finest Pininfarina designs ever to grace a Ferrari.

For Porsche buyers on the prowl one drawcard is a 1983 Le Mans-winning 956 race car. Another is a special-order 930 Turbo Carrera once owned by the late screen legend Steve McQueen — replete with a kill switch for the rear lights to foil any police who might be in pursuit along Hollywood’s Mulholland Drive. Proceeds from the sale will benefit McQueen’s alma mater, the Boys Republic reform school. 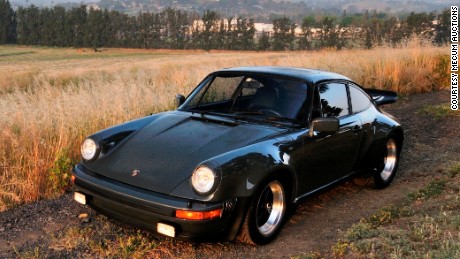 If names like Ferrari, Porsche, Bugatti, Lamborghini, Maserati, Mercedes-Benz and Jaguar get your motor running, there really is no finer place to be in mid-August than the Monterey Peninsula — home of the Pebble Beach Concours d’Elegance, The Quail Motorsports Gathering, historic rallies and racing, and a flurry of auctions where rare classic cars sell for eye-popping amounts of money.

An annual gathering of classic

For six days from Tuesday to Sunday, August 11-16, motoring enthusiasts in their thousands will converge on the cities of Monterey, Carmel and Pacific Grove to get up close and personal with hundreds of classic cars on display at golf courses at Pebble Beach, The Quail, Rancho Canada, Black Horse and the Nicklaus Club.

This is California Dreaming 2015-style, where designs by Pininfarina, Bertone, Vignale, Scaglietti, Ghia, Frua, Zagato, Michelotti and Touring come into their own, clothing the bodies of a variety of classic sports cars and touring cars that are fast becoming the most collectible and profitable asset class of the 21st century.

The 65th annual Concours d’Elegance, held on Sunday on the 18th fairway of the Pebble Beach Golf Links against a spectacular Pacific Ocean backdrop, is the week’s signature event, bringing together 200 of the finest restored cars to be found anywhere in the world.

This is where enthusiasts come to smell the leather, marvel over the quality of the restorations, stand back to admire the sweep of a century of automotive history, and to sigh “if only ….”

Who will take the crown?

Still, it’s rare for a postwar car to take the top honor at Pebble Beach — it’s happened only seven times in 64 years, and five of those were in the first five years of the event (1950-54) when three Jaguars, an Austin-Healey 100 and an Edwards roadster were successful.

Almost always the winners are from the 1920s and 1930s, with names like Duesenberg, Voisin, Isotta-Fraschini, Delage and Talbot-Lago. Before the 1954 Ferrari’s victory in 2014, the last postwar winner was a 1964 Maserati Mistral coupe in 1968.

Sampling some of Monterey Car Week’s elegance comes at a price.

Some visitors will part with $600 to attend prestigious social events such as The Quail gathering, where pre-1965 Porsches, Scaglietti-bodied Ferraris and the long-tail racers of Le Mans will be the order of the day; some will pay $300 for the Pebble Beach Concours day, and another $160 for Italian food, fashion, music and fabulous 1950s car style at the ‘Concorso Italiano’ at Black Horse Golf Club.

But many visitors are just happy to settle for the free events: the Porsche Werks Reunion at Rancho Canada Golf Club, the Little Car Show in Pacific Grove featuring Japanese makes, and the BMW, Audi and Mercedes-Benz Legends of the Autobahn display at the Nicklaus Club, Monterey.

Others will attend the historic car races at nearby Mazda Raceway Laguna Seca, where the Shelby GT350 Mustang is the featured marque for 2015 in honor of its 50th anniversary, or visit one of the seven auctions held by Gooding, Bonhams, RM Sotheby’s, Russo & Steele, Rick Cole, Mecum and JR.

The auctions offer a rare insight into the world of classic car collecting.

Last year’s sales topped US$450 million, and may well break the half-billion-dollar mark in 2015. The top result in 2014 was for a 1962 Ferrari 250 GTO Berlinetta, which sold for a world record US$38 million at the Bonhams Quail Lodge auction in Carmel. 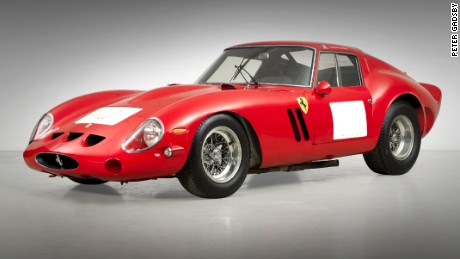 Once again, Ferrari looks to be the maker with the most million-dollar chances at the auctions in 2015.

Russo & Steele in Monterey has the ex-Levine 1963 Ferrari 250 GT/L Berlinetta Lusso. Bonhams has a selection of Ferraris that includes a race-winning 1959 250 GT Competizione Alloy Berlinetta, and a Vignale-bodied 1951 Ferrari 212 Inter Cabriolet. 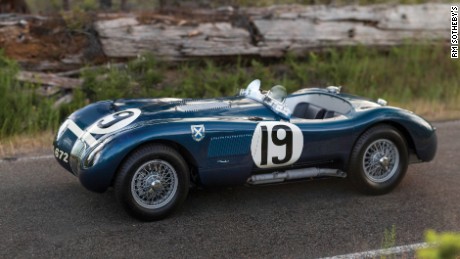 JR Auctions is offering a unique and intriguing vehicle: the Lotec C1000, a one-off supercar specially built by the German tuning firm Lotec for a United Arab Emirates-based businessman 20 years ago.

The vehicle reputedly cost $3.4 million and took five years to complete. With a twin-turbocharged Mercedes-Benz V8 engine producing 1000hp, it has a theoretical top speed of 268 mph — still enough to edge a modern-day Bugatti Veyron.

Not just for buyers

If all this auction fever is too overpowering, there’s a gentler way to appreciate some of the classic cars.

Around lunchtime on Thursday, August 13, entrants in the Pebble Beach Tour d’Elegance will roll into Carmel-by-the-Sea and park along Ocean Avenue near Devendorf Park for a couple of hours so spectators can stroll past the cars. And on Friday August 14, visitors can watch about 200 classic cars taking part in the Pacific Grove Concours Auto Rally as they stage along Lighthouse Avenue, Pacific Grove, from 1 pm to 4.30 pm.

About 20 minutes drive inland from Monterey is the Mazda Raceway Laguna Seca, where an array of 550 historic racing cars will turn out for practice sessions on Thursday and Friday, followed by a packed racing schedule on Saturday-Sunday, August 15-16. Expect to see the world’s best collection of racing Shelby Mustangs in action, plus GT, Touring, Trans-Am, Formula 1 and other categories.

By Sunday evening, when wallets are empty, the racing is over, the last Concours entrants have driven off the 18th fairway at Pebble Beach Golf Links, and thousands of departing visitors are clogging all roads north, south and east, the beautiful Monterey Peninsula will begin returning to normality.

Freelance journalist and classic car enthusiast Geoff Hiscock is a former Asia Business Editor for CNN.com and author of “Earth Wars: The Battle for Global Resources.”