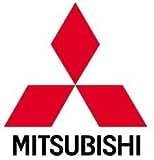 The DongA Ilbo newspaper reported on Tuesday that LG Chem would be the battery supplier for Volkswagen’s Modular Electric Drive project. The report did not cite any direct sources.

“No contract has been agreed on,” LG Chem said in a regulatory filing.

The firm declined to comment on whether it was in talks with Volkswagen to supply batteries for the project named in the DongA report. Volkswagen could not be immediately reached for comment.

LG Chem already supplies batteries to Volkswagen as well as other major carmakers such as General Motors Co (GM.N) and Renault SA (RENA.PA).

LG’s shares were up 1.4 percent in early Tuesday trade, compared with a 0.3 percent rise for the broader market .KS11.