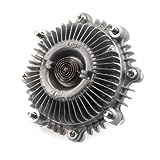 Liability in the coming age of autonomous autos – TechCrunch

While we are many years away from an autonomous utopia, where cars pick us up and drive us where we need to go without a human at the wheel, we are seeing the first steps toward self-driving cars. Volvo, Honda, Audi, Tesla—pretty much every auto manufacturer, plus Google and probably Apple—is incorporating advanced driver assistance systems (ADAS) into cars we can buy right now.

As humans transfer driving tasks to computers, it raises questions for the insurance industry. There will still be crashes on the way to that autonomous utopia, and insurance companies want to know who’s going to pay. Volvo, for one, has stepped up to say that when one of its vehicles is in autonomous mode, Volvo is responsible for what happens. But that’s a rarity so far.

Does the liability lie with the human for not overriding the system? The manufacturer for not testing thoroughly enough? The Tier 1 supplier of sensors? The company that supplied the Tier 1 supplier with a part for the sensor? And at what point should insurers panic?

Andrew Rose of Compare.com, an insurance comparison site, tells insurers, “You need to be completely freaked out by the idea of autonomous cars—and completely relaxed.” He said in a phone interview that in 30 years, it’s likely most of the auto insurance business will be gone. Autonomous vehicles will wreck less over time, which means lower premiums will be required to cover losses, and therefore less auto insurance will be required. “Insurers can relax,” Rose said, “because it’s going to take time to get there.”

Compare.com is part of the Admiral Group, one of the largest motor insurance companies globally. In preparation for our interview, Rose, who happened to be at Admiral HQ in the UK, asked to pull information on all the accidents that involved autonomous claims. He was told, “We don’t have any yet,” though there are millions of vehicles in the United Kingdom covered by Admiral Group. “People aren’t making those claims yet,” Rose told me, “But it’s out there on the horizon.”

One reason claims aren’t being made yet is that manufacturers are being incredibly cautious about releasing this technology to the marketplace because of the huge implications of getting it wrong. Volvo has been working on its autonomous system for a decade or more, giving it the confidence to accept liability. “Getting little things wrong is no big deal,” Rose said, “but if adaptive cruise control fails, that could be catastrophic.”

While we wait for an all-autonomous future, insurance companies are likely going to want to find the car manufacturer at fault because they want to find somebody else to pay for the accident. “Volvo says that while in autonomous mode, we are responsible,” Rose noted. “But they’re not going to let you break the law. The system won’t let you do 66 mph in a 65-mph zone.”

That becomes tricky on this path to autonomy, because in the intervening years, autonomous cars are more likely to get in accidents—through no fault of their own. “They get hit more,” Rose said, “because they do exactly what the law prescribes.” This is exactly the situation that the Google car found itself in when it collided with that bus. “This is the ball of yarn that we’re pulling one thread on right now,” Rose said. “It’ll be much easier when more autonomous cars are interacting with each other.”