Like Google Glass for cars: I tried Mini’s Augmented Vision concept – The Verge

“We think the long-term vision for something on your head where it’s a head-up display for your life is super compelling,” says Qualcomm augmented reality VP Jay Wright. “The challenge is there’s a lot of technology required to make it happen.” As Qualcomm sees it, those challenges include privacy, fashion, interacting with a device that has few standard control schemes, and battery life to make it last all day — all problems that Google Glass was unable to really overcome during its “Explorer” phase.

Is a car the right place for this technology? Mini thinks so

Mini’s parent company BMW already offers heads-up displays in a variety of models — a rudimentary form of augmented reality. “It became pretty clear to [Qualcomm] that maybe the heads-up display for your life starts out as the heads-up display in your car,” says Wright, which made the partnership a natural fit. Privacy and battery concerns seemed less pressing for a device mostly worn while driving, and the bevy of controls already on a steering wheel or a dashboard could provide a good way for controlling the device without taking your hands off the wheel. 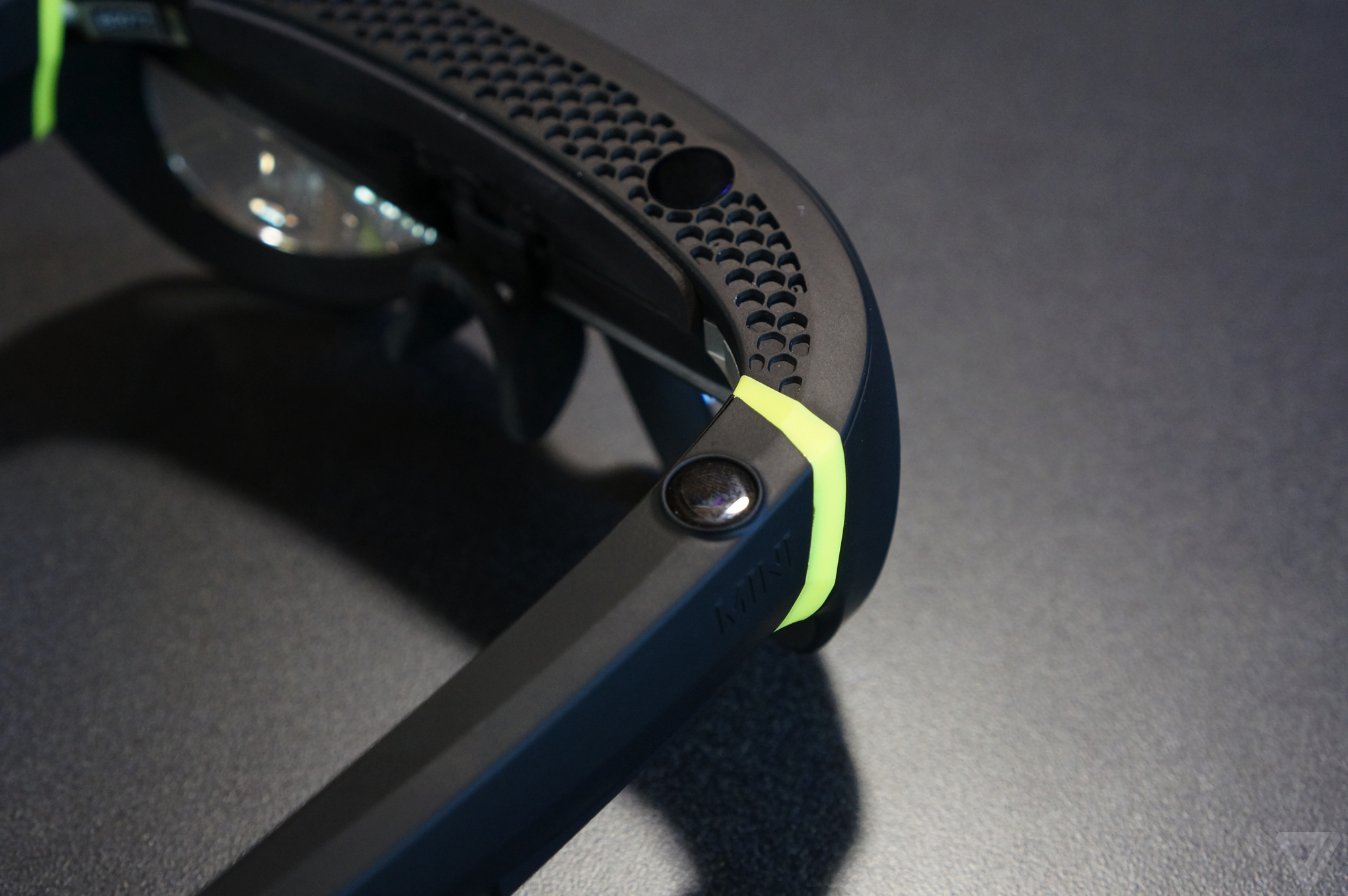 Ski goggles for your daily commute

BMW’s DesignworksUSA studio worked on Mini Augmented Vision’s physical design, and while it’s not the kind of thing you’d want to wear all day, the goggles aren’t uncomfortable. They *are* bulky, though — a necessity to fit in the twin 720p displays (one for each eye) as well as the Snapdragon 805 processor and networking gear, all contained inside the headset.

With the goggles on, the displays are bright enough; the resolution isn’t great, but it’s probably sufficient for the use case. (You wouldn’t want to watch a movie or play games on it.) The graphics don’t fill your entire field of vision, but the augmented imagery becomes far less important toward the periphery anyway. It’s also pretty easy to look “through” the graphics on the display to the real world, though trying to talk to someone while the goggles were on was a pretty weird experience.

Once I had the goggles properly fitted on my head, I got to step through Mini’s carefully constructed demo showing off some of the headset’s key features. While the goggles are primarily designed as driving tools, Mini demonstrated them as something you can wear on all legs of a journey — getting to your car, actually driving to a destination, and then the “final leg” of walking to where you’re going.

With the glasses calibrated, I was directed to look at a few different posters up on the wall in the demo area, meant to represent ads for events you might see around your city. When I looked at one, more info popped up about it: exact location, ticket availability, and so on. Turns out it was sold out (bummer), but the next fictional outing I looked at was still available, and my goggles asked me if I wanted to navigate to it. Using a small touchpad / button on the top of the glasses, I could swipe back and forth between options and click down to confirm it as a destination. It works pretty well for minimal interaction and a quick confirmation of an action, but I could see it being a bit laborious if you were scrolling through longer lists — the touch area is quite small, only about as large as your fingertip. That’s the only interface element here — there’s no gesture recognition of any kind.