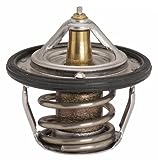 Cole Wiand, 18, of Birmingham, inside a Rolls Royce-Dawn, listens to product specialist Mark Picard, 45, of San Diego, Calif, during The Gallery, an ultra-luxury automotive event at the MGM Grand Detroit in Detroit on Saturday, Jan. 9, 2016.  Salwan Georges Special to the Detroit Free Pres
Buy Photo

Ryan Dsilva, 32, of Warren, and Michelle Cohl, 25, of Ferndale, chat as they walk around a Falcon F7 during The Gallery, an ultra-luxury automotive event at the MGM Grand Detroit in Detroit on Saturday, Jan. 9, 2016.(Photo: Salwan Georges Special to the Detroit Free Pres)

Winsome Hoydu wasn’t in the market for a luxury vehicle. But she had her eye on the Land Rover tucked in the corner of a ballroom at the MGM Grand Detroit tonight.

What caught her eye? The reclining seats in the back and the remote control for the television monitor on the headrests.

“It has everything,” said Hoydu of Erie, Pa., who came with her daughter Nowelle Francis to the The Gallery, a showcase of luxury vehicles and the official kickoff of the North American International Auto Show.

This event was the ultimate in luxury. Rolls Royce. Lamborghini. Bentley. Aston Martin. Porsche. BMW. Falcon. Lingenfelter. These were just some of the brands represented at the event.

“This is the ultimate in styling and excess,” said Ed Jolliffe of Grosse Ile. “Everything in this room is completely out of this world.”

About 500 people were expected to attend the six-hour event, where the tickets were $500 each. Proceeds from the evening will benefit the Detroit Auto Dealers Association’s Charitable Foundation Fund.

Celebrity chef Wolfgang Puck, center, chats with a specialist about a Lamborghini Aventador SV Roadster on display on display during The Gallery, an ultra-luxury automotive event at the MGM Grand Detroit in Detroit on Saturday, Jan. 9, 2016. (Photo: Salwan Georges Special to the Detroit Free Pres)

Just how out of this world is this luxury event? At last year’s event, $3 million worth of vehicles were sold, Muncey said.

“People are here to buy,” he said.

But not Scott Slater of Washington, D.C. It’s his first year attending a Detroit auto show event and he was just checking out the cars. And he had only two words to say when asked which vehicle turned his head — “Rolls Royce.”

“You don’t need to say anything else,” Slater said. “It’s just a beautiful car.”

And if the expensive vehicles weren’t enough, the event featured a silent auction. There was a Cleveland Cavaliers package, worth $10,000, that included courtside seats to a game, dinner in the owner’s suite, an autographed LeBron James jersey and a stay at the Ritz-Carlton. Starting bid: $4,000.

For wine lovers, there was a magnum bottle of 2012 Darioush Cabernet Sauvignon, along with “an exquisite tasting experience,” for four guests. The $785 package had a starting bid of $320 and bids had reached $650 within just an hour of the event starting.

There was also a cruise, made-to-measure suits and a trip to Paris for the auto show there.

Jolliffe, the president of Gorno Ford in Woodhaven, said events like The Gallery are “a fun night to get out and see all the good, exciting stuff.”

Hoydu’s daughter and husband are mechanical engineers and car enthusiasts. She’s not much of a car buff, but she says she enjoys them.

“You have to love the Ferraris and Lamborghinis,” Hoydu said. “You can’t help it. They’re not very practical. But you love them.”