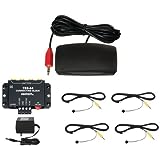 Make an example out of Volkswagen: Column – USA TODAY

Volkswagen’s cheating on diesel emissions tests isn’t the first pollution scandal to rock the auto industry. Here’s how the Obama administration can make it the last.

VW should be ordered to fix the diesels, or buy them back and scrap them, begin large-scale production of electric vehicles and face civil and criminal penalties, including a fine large enough that no automaker will even think about cheating on air pollution standards again.

VW and government regulators suing the company are negotiating at a propitious moment, as federal agencies and the California Air Resources Board evaluate another crucial program protecting the environment — the joint U.S.-California 54.5 mpg mileage and emissions standard. It is possibly the biggest single step any nation has taken to fight global warming, and the automakers are fighting to weaken it.

The VW scandal, and the separate revelation that VW may have also under-reported global warming pollution from some 800,000 European models, offers a cautionary lesson for the government agencies: They must set the toughest standards and close the mileage and emissions program’s loopholes because auto companies have turned weaseling out of rules that protect consumers and the environment into standard practice.

The Mercedes-Benz’s emissions testing is under Justice Department investigation. Mitsubishi recently confessed to manipulating fuel economy tests for a quarter century. Hyundai and Ford cheated on similar tests in recent years And GM just halted sales of some SUVs for overstating their efficiency due to “inadvertent error.” Indeed, many major automakers have been caught cheating since the 1970s. Obviously, punishments so far have been insufficient.

Volkswagen engineered software in nearly 600,000 U.S. VWs, Audis and Porsches — and 11 million globally — that it touted as “clean” diesels delivering good mileage without the pollution long a diesel by-product. But on the road, these 2009-2015 models spew up to 40 times the legal limit of smog-causing nitrogen oxides and soot particles linked to respiratorydisease. The cars turn on pollution controls only while being tested in labs, hiding their real-world pollution from government inspectors.

The Environmental Protection Agency, Justice Department, Federal Trade Commission and the California clean air agency charge that the company cheated on environmental tests and hoodwinked consumers. A former VW employee has also charged that the company destroyed documents relevant to the investigations.

The negotiators face a June 21 deadline imposed by U.S. District Judge Charles Breyer in San Francisco. The Center for Auto Safety, with which our Safe Climate Campaign is affiliated, is a plaintiff in the case.

The Financial Times reported that VW has proposed buying back up to 480,000 of its polluting vehicles. It should do that and more, beginning with a fine of $37,500 for each vehicle, the maximum allowed.

The company may whine about the fine’s cost — $18 billion, on top of the buy-back payments to the cars’ owners. But a $1 billion penalty imposed on makers of diesel freight engines for similar cheating in the 1990s wasn’t enough to deter VW.

Because they took deliberate steps that raise questions of criminal liability, VW and key executives should face prosecution, as a deterrent to corporate crime. Both may be subject to prosecution for lying to the government by hiding the “defeat” devices when the company sought certification for its diesels and for defrauding consumers.

Volkswagen should compensate the owners of cars it fixes for the years they drove polluting vehicles and for any degraded post-repair performance. Owners of the cars that VW buys back (which it should scrap to avoid further air pollution) should be paid the original purchase price, the National Highway Traffic Safety Administration’s standard on the rare occasions when it removes newer models from the road.

Of course, VW may fail to repair some cars or to convince some owners to sell back their smog machines. And even scrapping the cars carries environmental costs. So, the automaker must counter ongoing pollution.

Because electric vehicles (EVs) are far cleaner than polluting diesels, VW can begin to make up for its diesels’ excessive pollution with large-scale production and aggressive marketing of EVs, and by installing charging stations. We believe a rate of 10 EVs and one charging station for each diesel that remains on the road would be appropriate.

Here’s a bonus for VW: Such manufacturing would give the company a competitive benefit by helping lead the industry transition to cleaner vehicles that emit no tailpipe pollution. Use estate taxes to fund inheritance for all: Column

POLICING THE USA: A look at race, justice, media

To eliminate the flaws that let VW get away with cheating for half a decade, EPA and the California agency should expand their vehicle lab tests, conduct robust tests on the road and stop relying on automakers’ conducting their own road tests, even with government spot checks. The agencies should also examine cars’ computer codes to detect cheating.

Some propose leaving the defective cars on the road, unrepaired, and using the money that would otherwise be spent fixing or scrapping them to cut pollution from other sources — retrofitting diesel school buses,  for example. But unrepaired vehicles would continue to spew egregious levels of pollution. And, allowing Volkswagen to merely write a check rather than tediously collecting and repairing defective vehicles runs the risk that other companies would cheat and chalk up any fine to the cost of doing business.

The industry’s history demonstrates that VW’s shameful deceit isn’t new. The government must punish the German automaker far more than past cheaters to ensure that we clean up the industry as well as the air.

In addition to its own editorials, USA TODAY publishes diverse opinions from outside writers, including our Board of Contributors. To read more columns, go to the Opinion front page and follow us on Twitter @USATOpinion.