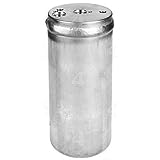 A screenshot from Facebook shows the LAPD shoot and kill a homeless man after he struggled with them during an arrest.(Photo: Anthony Black)

LOS ANGELES — A man was shot dead while struggling with police officers on a sidewalk in the city’s Skid Row area Sunday, police said.

Los Angeles Police spokesman Sgt. Barry Montgomery said officers were responding to a robbery call when they struggled with the suspect. He said officers first used a stun gun before shooting him. The man, whose identity was not released, was declared dead at the scene, police said.

A bystander’s cellphone video was posted online to a Facebook account. It shows several officers attempting to take the man into custody shortly before noon, KNBC-TV reported on its website, NBCLosAngeles.com.

Los Angeles Times reported the man appeared to scuffle with four officers even after he was wrestled to the ground. It said one officer can be heard on the video saying, “Drop the gun. Drop the gun.” At least five gunshots could be heard. Los Angeles police fatally shot a man after an altercation Sunday in the city’s Skid Row area, and the graphic scene was caught on video.
Video provided by Newsy
Newslook

Witnesses told the Times that the man is known on the street as “Africa,” and that he had been there for four or five months.

The Times quoted several eyewitnesses including Dennis Horne, 29, who said the suspect had been fighting with someone in his tent along the sidewalk, and that when he refused to comply with a police order to come out of the tent, officers used a Taser stun gun and pulled him from the tent. He continued to fight while on the ground, Horne told the newspaper.

Another witness, Jose Gil, 38 , said he saw the man swinging at police and heard one of the officers say, “Gun, gun, he’s got my gun” before police fired multiple shots.

In a statement, the LAPD said the suspect was fighting and physically resisting attempts to take him into custody. “The officers attempted to use a TASER to subdue him but the suspect continued to fight and resist the officers and fell to the ground,” the statement said. “While on the ground, the suspect and officers struggled over one of the officer’s handguns and then an officer-involved shooting occurred.”

LAPD Cmdr. Andrew Smith said they planned to use video of the encounter in their investigation.

The video is disturbing,” Smith said at a briefing with reporters late Sunday night. “It’s disturbing any time anyone loses their life. It’s a tragedy.”

Smith said at least one of the officers was also wearing a body camera. He said he did not know whether the man was homeless.

Homeless people are allowed to have tents on certain downtown streets during evening hours but are supposed to remove them during the day.

The LAPD said its specialized Force Investigative Division has begun an investigation, and that the Los Angeles County District Attorney’s Justice System Integrity Division will conduct a comprehensive review.