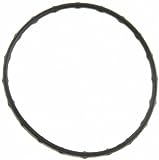 A work installs the new Fiat Chrysler Automobiles (FCA) sign on Tuesday for investor day at Chrysler Group headquarters in Auburn Hills, Michigan. Fiat now owns all of Chrysler and the companies are being combined.(Photo: Jerry S. Mendoza)

AUBURN HILLS, Mich. — Sergio Marchionne introduced his ambitious vision for Fiat Chrysler Automobiles, a new company global automaker, to the world on Tuesday when he outlined a five-year plan that disclosed answers to questions that have been hanging in the balance for years.

In a marathon session at Chrysler’s headquarters here, Marchionne and other company executives announced sweeping changes for the Chrysler and Dodge brands, outlined a $7 billion investment plan for Alfa Romeo and detailed ambitious growth plans for Maserati and Jeep.

Along the way, he said Ferrari might be worth as much as $15 billion, but vowed to never sell the brand.

“We stand before you as a global automaker. Today is much more than a new chapter. We are beginning to write a completely new book,” Fiat Chrysler CEO Marchionne told more than 300 analysts, investors and journalists Tuesday.

“This is the first time that Fiat and Chrysler…are presenting ourselves as a single global organization.”

Marchionne promised to remain in charge of the company at least through 2018, assuring investors there will be stability at the top.

“I am going to stay on through the plan. I want to make sure the plan gets delivered,” said Marchionne, adding that future leaders are being groomed. “It’s not my first turnaround. It will be my last.”

Added John Elkann, Fiat chairman, member of the founding Agnelli family and the closest thing Marchionne has to a boss: “Succession is not an issue. Not right now.”

Marchionne previously unveiled a five-year plan in 2009 after Fiat took control of Chrysler Group. It didnk’t seem credible a the time, though it, in fact, has been accomplished mainly as presented.

Analysts who had been stunned and highly skeptical of the 2009 plan were somewhat less so this time.

“The plans are ‘challenging but doable,’ said Jeff Schuster, senior vice president of forecasting for LMC Automotive. “My question is where do they get the money?”

Still, the plan calls for Maserati’s global sales to quadruple over the next five years, for Alfa Romeo sales to go from zero to 150,000 annually in the U.S. by 2018 and for sales in North America grow by 1 million to a total of 3.1 million by 2018.

What’s more, Marchionne must complete this plan without the benefit of the rapidly rising North American industry sales that supported Chrysler’s resurgence over the last four years. Marchionne forecast sales growth for the entre U.S. new-vehicle market of 1 million, the same amount as his projected FCA sales increase.

The combined automaker also must figure out how be more successful with passenger cars and small vehicles if it is going to meet tougher fuel economy standards that will go into effect in the U.S. between 2015 and 2020.

Fiat became Chrysler’s controlling shareholder in 2009 when the automaker emerged from bankruptcy reorganization, but did not become its 100% owner until January. This summer, Fiat shareholders are scheduled to approve an exchange of Fiat shares for Fiat Chrysler shares as well the new FCA company name.

But that didn’t stop the combined automaker from changing the name in front of Chrysler’s headquarters on Tuesday to FCA and to casting all of the company’s plans and operations as FCA.

“In the last few years Fiat and Chrysler have learned to work together, and today they are committing to a common future,” Marchionne said.

Together, Marchionne said, Fiat and Chrysler are emerging from a separate painful periods of rapid change, but that doesn’t mean that the company can stop taking on bold, and sometimes challenging changes.

Perhaps the most unexpected change is the decision to recast the Chrysler brand from a premium or luxury brand into a mainstream brand.

Al Gardner, CEO of the Chrysler brand, said the namesake brand of the Auburn Hills automaker will eventually offer a full lineup of cars and crossovers and will compete directly against Chevrolet, Ford, Honda, Toyota and other mass market brands.

In the past, Dodge held that position. Chrysler tried to sell itself as a premium brand but struggled with its image because of quality issues and a lack of products.

For that reason, Chrysler will be the only FCA brand to offer a minivan, launching a redesigned Town & Country in 2017. Chrysler also will begin selling a plug-in hybrid minivan in 2017.

Chrysler not only keeps the minivan, it also will launch a new compact sedan, the Chrysler 100 in 2016 to compete with Ford Focus, Chevrolet Cruze, Toyota Corolla and Honda Civic.

Dodge will discontinue the Grand Caravan minivan in 2016. Chrysler also will introduce a full-size crossover, also with a hybrid option, in 2017, Gardner said.

The new 200 midsize sedan is about to go on sale. Its companion, the Dodge Avenger, will be discontinued this year.

Tim Kuniskis, CEO of the Dodge, said Dodge will become a more tightly focused than has been in the past.

“Dodge is the American performance brand. This is not a new strategy. This is a purification of the brand,” Kuniskis said. “We are willing to bet, no kid ever grew up with a poster of a (Volkswagen) Passat on his bedroom wall. We build modern performance cars.”

Meanwhile, Marchionne outlined big growth plans for Alfa Romeo, Maserati and Jeep.
Those looking for evidence that Fiat Chrysler Automobiles is serious about reviving its languishing Alfa Romeo brand finally got it on Tuesday.

The automaker plans to spend nearly $7 billion over the next five years to launch eight new Alfa cars and crossovers.

“Alfa Romeo will finally have a fully equipped showroom for nearly each and every segment,” said Harald Wester, CEO of the Alfa Romeo brand. “We will be entering new territories and new segments we have never been.”

Following the introduction of the Alfa Romeo 4C Roadster in the U.S. this summer a midsize sedan will be introduced next year.

“By 2015, our first new cloverleaf will arrive in the showrooms,” Wester said, in reference to the brand’s logo.

But it was less clear Wester meant that the midsize sedan shown on the company’s product plan for 2015 will be introduced in the U.S., where the company has been promising to return in force, or just in Europe.

Overall, Alfa Romeo’s product plan calls for the midsize passenger car to be followed by two new or redesigned compact cars between 2016 and 2018, a full size car, two crossovers and a specialty vehicle, according to the company’s product plans.

The American-Italian automaker also is aiming to quadruple the global sales of its Maserati luxury brand by 2018, Harald Wester, CEO of the brand said Tuesday in Auburn Hills.

The ambitious global expansion is based on the company’s plans to launch six new or redesigned cars or crossovers over the next five years.

“Against all odds, Maserati is taking on the boring giants, the giants of the expected, the predictable,” Wester, who also is CEO of Alfa Romeo, said today.

He said Maserati, founded in 1914, struggled in the 1960s and 1970s, but was eventually reinvigorated Fiat. Fiat acquired Maserati in 1993 but the brand’s global sales have been modest.

FCA plans to achieve that rapid growth by launching the Levante SUV this year, followed by the Alfieri Coupe, Granturismo and Grancabrio between 2016 and 2018.
“By 2018, we will be covering the luxury market in its entirety,” Wester said.

Fiat Chrysler needs to invest another $400 million in North American dealership facilities, in addition to the $1 billion it’s spent since Fiat took control of Chrysler Group in 2009, Marchionne said.

And it plans to boost sales and service staffs roughly 25% in North American dealerships, he said. The company considers that a key way to boost owner loyalty and repeat business.

Combined with new model combing from Jeep,Ram and Chrysler, Marchionne said North American sales should rise 1 million by the end of 2018, to 3.1 million.

He’s banking on the U.S. market for new cars and trucks to rise about the same amount, 1 million, over the same period, to about 17 million in 2018. Combined Canada and Mexico sales should be about 3 million by then, up form 2.8 million now.