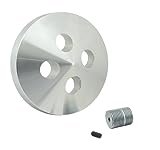 Looking to the future in the wake of the vote to leave the EU, Mr Gupta said: “It remains too early to assess the extent of any impact of the UK’s decision on to leave the European Union on the UK’s motor retail industry [but] trading since June 30 has continued to show positive like-for-like new unit sales growth, outperforming the wider UK market.

“Whilst still early, the current new car order bank for the important September plate change month is building in line with expectations.”

Sales volumes of second-hand cars has come under “some pressure” but Mr Gupta said this was a function of timing with deals at the end of July being pushed into the following month because of how the weekend fell.

New vehicle sales continue to be driven by the rise of finance products such as “personal contract purchases”, Mr Gupta said, and now account for 81pc of sales, against 71pc a year ago.

The use of this monthly payment plans, where the driver has the option to hand back the keys, is also spreading to used cars with 48pc of second-hand cars sold using them, against 37pc last year. Mr Gupta said this growth has allowed the industry to manage the supply of used cars into the market.