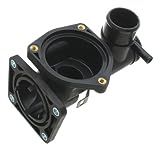 After a Metrolink commuter train slammed into a pickup truck near Oxnard this year, injuring 27 people and killing the engineer, railroad officials were quick to claim that new crash-resistant passenger coaches appeared to save lives and reduce injuries.

Now, however, Metrolink is trying to determine whether a design flaw in one of the state-of-the-art cars played a role in derailing the train.

The evaluation marks a setback in the regional passenger railroad’s campaign to employ advanced safety technology to help rebuild public confidence after a 2008 head-on collision in Chatsworth killed 28 and injured 135.

On Thursday, railroad officials announced that they will restrict the use of 57 of the new passenger cars that have control cabs for engineers and operate at the front of trains when they are being pushed from behind by locomotives.

The use of such “cab cars” is common practice among the nation’s commuter railroads when trains reverse direction at the end of a line.

While the railroad, which serves six Southern California counties, reexamines safety features on the cars, built by South Korea-based Hyundai Rotem Co., the vehicles will be replaced with locomotives leased from the Burlington Northern Santa Fe Railway Co. The cab cars will remain in service as passenger coaches used elsewhere in a train’s lineup of cars.

“We are taking this additional step as a redundancy to keep our riders safe,” said Metrolink Chief Executive Art Leahy. He added that the railroad is dedicated to becoming the safest in the nation.

Hyundai Rotem officials could not be reached for comment.

In February, a Metrolink train with a Rotem cab car in front derailed after hitting a pickup truck and trailer that strayed into a grade crossing at 5th Street and Rice Avenue outside of Oxnard.

Twenty-eight people were sent to the hospital after a Metrolink commuter train crashed with a tractor-trailer in Oxnard, Calif. on Feb. 24. The train engineer later died of his injuries. The truck driver was arrested but released and has not been charged.

Twenty-eight people were sent to the hospital after a Metrolink commuter train crashed with a tractor-trailer in Oxnard, Calif. on Feb. 24. The train engineer later died of his injuries. The truck driver was arrested but released and has not been charged.

As part of its investigation, the railroad is trying
to determine whether a plow-like attachment on the front of the cab car failed in the collision and allowed wreckage to get under the wheels, triggering the derailment.

“We are taking this step out of an abundance of caution,” said Moorpark City Councilman Keith Millhouse, a member of the railroad’s board of directors. “This is an interim measure until the plow can be evaluated and beefed up if necessary. This is going to be costly for the railroad, but you can’t put a price on safety.”

Millhouse estimated that use of the cab cars will be restricted for a year before the issue is resolved.

Leahy said the railroad has been working with the National Transportation Safety Board, which is investigating the Oxnard accident. Though there are concerns about the Rotem cab car plows, the NTSB has yet to determine the cause of the crash.

“This is very interesting,” said Paul Dyson, president of the Rail Passenger of Assn. of California who has questioned whether the new Rotem cars are as safe as officials say. “The plow is critical in keeping debris out from under the cars. Something was really wrong in Oxnard with the way the train jack-knifed. Passengers really got tossed around.”

Dyson contends that the cars’ energy-absorbing crush zones did not appear to lessen the force of the impact and that the couplers between cars did not keep coaches aligned as intended.

Since 2003, Metrolink has had four serious accidents, including three derailments, involving trains with cab cars in front. Sixteen people were killed and almost 360 injured in those crashes.

Though federal studies indicate there is minimal risk from the use of cab cars, some safety experts contend that having heavier locomotives in front reduces chances of derailment in an accident. They also have questioned Metrolink’s use of cab cars in a 512-mile system that contains hundreds of grade crossings and shares track with freight trains.

Tim Smith, the California legislative director for the Brotherhood of Locomotive Engineers and Trainmen, declined to comment on the Oxnard crash. In general, he said the union opposes the use of cab cars.

“We have felt they are dangerous,” Smith said. “Cab cars are light in weight and easy to lift off the tracks. As far as safety is concerned, we would like to have a locomotive out in front.”

Millhouse, however, defended the use of cab cars and said the new Rotem designs are superior to previous generations of such control cars.

Officials have praised the cars, saying that they include the latest safety features required by the federal government and that Metrolink is at the forefront of deploying the new technology.

Millhouse stressed that the temporary restrictions on the Rotem vehicles relate specifically to how the plow performed in the crash, not the larger debate over the safety of cab cars.

3:45 p.m.: This article has been updated to clarify that the Rotem cab cars are being removed from service at the front of trains, but will be used in other positions to carry passengers.