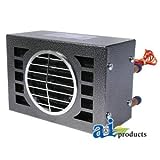 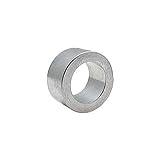 For many, Alphabet (NASDAQ:GOOG) (NASDAQ:GOOGL) and its driverless car initiative come to mind when “smart” autos are discussed. And it’s easy to see why. It wasn’t long ago that Alphabet’s self-driving cars seemed a far-flung notion with as many regulatory as technology hurdles. However, recently announced plans to spin off the driverless car division into a separate unit certainly makes it appear that we’ll see Alphabet’s futuristic vehicles on the road sooner rather than later.

That said, driverless cars aren’t the only opportunity that advances in mobile technology have created. Already, auto manufacturers are rolling out vehicles that “sense” pending accidents and will brake automatically, as well as fully connected cars for non-drivers to satisfy their online needs while on the go. It’s toward this end that folks like Apple (NASDAQ:AAPL) are rumored to be developing solutions, along with Alphabet.

But the two tech giants aren’t alone in their push to lead the smart car race. Ever so quietly, Microsoft (NASDAQ:MSFT) is not only pursuing its own connected car plans, but it’s reeling in some of the world’s largest auto manufacturers as partners.

The ultimate in “mobile-first”
By now, most Microsoft fans have heard CEO Satya Nadella’s “mobile-first, cloud-first” mantra. The success of Nadella’s cloud-first pillar of his two-pronged strategy has been well documented. With an annual run rate of over $8.2 billion in revenue, Microsoft is at or near the top of all cloud solutions providers.

But Microsoft’s mobile initiative goes beyond “traditional” devices like smartphones: It’s also making a name for itself in the world of connected cars.

At the recently completed Computer Electronics Show (CES) in Las Vegas, Nevada, Microsoft announced that four more partners have inked deals to utilize its “end-to-end” intelligent car solutions. One reason Microsoft’s smart car plans are striking a chord with the auto industry is its comprehensive suite of solutions. Its laundry list of cloud offerings, industry-leading operating system, and predictive analytic services are all incorporated into its auto-related products.

The soup-to-nuts smart car offerings should be music to the ears of long-term investors, in that Microsoft’s successful foray into this fast-growing market won’t simply boost its mobile-first results, but also make an impact across multiple business units.

What’s the big deal?
As big as the self-driving car market is expected to become — one recent report suggests as many as 10 million driverless cars will hit the streets by 2020 — it will likely be dwarfed by the number of connected vehicles. A study conducted by API Research estimates that by the year 2022, there will be over 100 million smart cars on the world’s highways, and that will double just four years later.

Given the connected car market’s potential, it’s no wonder rumors have been swirling around an Apple iCar for so long. In what many consider one of the market’s worst-kept secrets, Apple’s automotive efforts are coded under the name Titan, and its plans include building a fully connected electric auto for the masses.

But Microsoft, and to a lesser extent Alphabet, may have a leg up on Apple in the smart car race due to the aforementioned end-to-end solutions the two behemoths offer. Microsoft stands to gain even more cloud market share thanks to smart cars, additional search traffic — and the associated ad revenue that entails — via its Bing engine and boost its cognitive computing sales.

Microsoft may not elicit the buzz that Alphabet and Apple do when connected cars are mentioned, but that’s quickly changing, and long-term investors will reap the rewards.