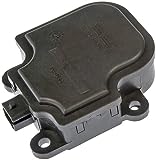 Microsoft to Plug Renault-Nissan Cars Into The Cloud – Bloomberg

Microsoft Corp. agreed to provide cloud-computing services for cars made by Nissan Motor Co. and Renault SA as the manufacturers push ahead with developing connected vehicles.

Microsoft will build cloud infrastructure for the two carmakers that can host navigation data and allows drivers to predict gas usage and check on their cars remotely, the Redmond, Washington-based software producer said in a statement on Monday. The U.S. company will also help Renault and Nissan, which are both run by Chief Executive Officer Carlos Ghosn, develop user interfaces for their brands. Vehicles with the new features could reach the market as early as 2018, with more than 10 models with autonomous driving technology to be available two years later.

The tie-up will be “a long-term commitment,” Jean-Philippe Courtois, head of Microsoft’s global sales, marketing and operations, said by phone.

“In order to be leading in the space, we need to partner with the best tech companies,” Ogi Redzic, Renault-Nissan’s head of connectivity services, said by phone.

Connected vehicles have raised concerns that data gathered by the car could be used to track passengers’ whereabouts and get information about whom they call and what they search for on Google on the way — bits of information that are valuable for carmakers including French producer Renault and Japanese partner Nissan, which can then offer tailored services to passengers.

The arrival of technology companies in the auto industry should be considered a threat, as new entrants may glean data from carmakers that will help them produce their own vehicles in the future, Adam Jonas, an analyst at Morgan Stanley, said in January.

Since “Microsoft is a platform provider, we are not competing with the brands,” and the software maker isn’t seeking to retain car manufacturers’ data, Courtois said.

While Microsoft is already working with car manufacturers — including a deal to bring augmented-reality goggles to Volvo Car Group showrooms — this is the first long-term partnership of its kind, according to Courtois.