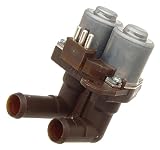 The Pentagon said Saturday that four Afghans from the Guantanamo Bay detention center have been returned to their home country in what U.S. officials are citing as a sign of their confidence in new Afghan President Ashraf Ghani.

Obama administration officials said they worked quickly to fulfill the request from Ghani, in office just three months, to return the four — long cleared for release — as a kind of reconciliation and mark of improved U.S.-Afghan relations.

There is no requirement that the Afghan government further detain the men, identified as Mohammed Zahir, Shawali Khan, Abdul Ghani and Khi Ali Gul. Afghanistan’s High Peace Council, a government-appointed group, confirmed the transfer, but did not identify the men, saying that the four “will be reunited soon with their families.”

The council also requested the repatriation of the eight Afghans who are among the 132 detainees remaining at the prison at the U.S. Navy base in Cuba.
The U.S. Embassy in Kabul, the Afghan capital, said in a statement that it had “full confidence in the Afghan government’s ability to mitigate any threats these individuals may pose and to ensure that they are given humane treatment.” The transfer “demonstrates Afghan sovereignty and U.S. trust in the strength of Afghan government institutions,” according to the statement. (AP)

Security officials say Egypt’s powerful intelligence chief has been removed and replaced by his deputy.

Gen. Mohammed Farid al-Tohamy was put in charge of the intelligence agency immediately after the military ousted Islamist President Mohammed Morsi in July 2013.

El-Tohamy was viewed as a longtime mentor of Abdel-Fattah al-Sissi, who as army chief forced Morsi out and was elected president this June.

Officials said late Saturday that al-Tohamy, who was in his mid 60s, was relieved of his post for health reasons. The officials spoke on condition of anonymity because an official announcement has yet to be made.