(CNN)All 11 service members aboard an Army Black Hawk helicopter that crashed in waters off the Florida Panhandle two days ago are believed dead, and the operation has transitioned from rescue to recovery, an Air Force official said Thursday.

The military is now focused on recovering the helicopter, which searchers found at the bottom of the Santa Rosa Sound near Eglin Air Force Base, and the bodies of all seven Marines and four Louisiana Army National Guard members who were aboard, Air Force Col. Monte Cannon said.

Also ahead: Trying to determine why the aircraft went down in thick fog during a training mission Tuesday, Cannon said.

“The decision to suspend is always difficult,” said Layne Carter, search and rescue mission coordinator of the U.S. Coast Guard. “With heavy hearts, we have decided to suspend active search and rescue operations. Our thoughts and prayers are with the friends and family of the members involved in this tragedy.”

The bodies of at least two National Guard members were recovered Thursday, and the remains of the other two were believed to be in the underwater wreckage 25 feet below the surface, the Guard said.

The military had previously said that some remains had washed ashore Wednesday. Military officials declined to say Thursday how many bodies still were missing, and they did not release the names of the service members involved in the crash. 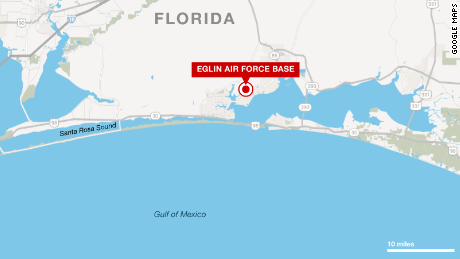 Two Black Hawk helicopters were training near Eglin in heavy fog when one of them went down in the sound — a narrow body of water between mainland northern Florida and a barrier island — about 8:30 p.m. Tuesday, the military has said.

A couple of military boats already were in the water for safety purposes as part of the exercise, but “nobody saw anything because of the dense fog,” said Mark Giuliano, chief of the Eglin Air Force Base’s fire department.

“People said they heard a loud bang, and that was it,” Giuliano said Thursday.

Second Black Hawk got back safely

The second Black Hawk — which, like the first, was assigned to the 1-244th Assault Helicopter Battalion based in Hammond, Louisiana — safely returned to the base, some 40 miles east of Pensacola.

“Whatever the trouble was with the one aircraft, it did not involve the second helicopter that was participating in the exercise,” Eglin spokesman Andy Bourland said earlier this week.

Giuliano said his fire department, which has a unit on Santa Rosa Island near the crash site, was called to help at about 10 p.m. Tuesday, roughly 90 minutes after the crash. The military boats that were part of the mission already had been searching for survivors and wreckage, he said.

Investigators from the Army and the Marines will try to determine what caused the wreck, Cannon said Thursday.

Military officials have said it’s too early to know whether the fog contributed to the crash.

The 11 service members, all men, were involved in a seven-day training exercise of amphibious operations, said Capt. Barry Morris, a spokesman for the U.S. Marines Corps Special Operations Command. It involved small boats, and inserting and extracting Marines from the water via helicopter. Morris would not say which phase of the training the Marines were in Tuesday night.

The seven Marines were with a Marine Special Operations regiment out of Camp Lejeune, North Carolina.

The initial search was hampered by dense fog, to the point that searchers on boats “could not see,” Giuliano said.

On Wednesday morning, after searchers got a sonar hit, a diver found the bulk of the wreck at the bottom of the sound, Giuliano said.

Divers then went into the water “to start retrieving the aircrew,” Giuliano said, without specifying how many bodies were recovered.

The helicopter had broken into several pieces in a “high-impact crash,” he said.

The Coast Guard has hired a salvage company from Mobile, Alabama, to take the wreckage from the water, but that company might not arrive until Thursday evening, and weather conditions may delay the recovery until Friday, Giuliano said.

Gen. Martin Dempsey, chairman of the Joint Chiefs of Staff, expressed his condolences on Wednesday.

He said the crash was “a reminder to us that those who serve put themselves at risk, both in training and in combat.”

“We will work with the services to ensure that … their family members will be well cared for.”

A Marine died Wednesday when a T-59 Hawk, an aircraft operated by a civilian contractor, crashed at Marine Corps Air Station Yuma, Arizona.

The aircraft hit a government vehicle, killing the Marine. The pilot and passenger of the plane were examined and released by emergency services.