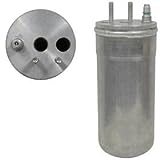 Millions Of Cars Recalled Due To Faulty Airbags – CBS Local

POEts: The Legendary, The Celebrity, The Local, The Controversial

Celebrities Born Outside The U.S.

BALTIMORE (WJZ) — It’s a potentially deadly defect that could be inside your car. Federal officials have linked four deaths to defective airbags that can explode—sending shrapnel flying. Thirty more people have been injured. Now millions of vehicles are being recalled.

Meghan McCorkell has the details.

An urgent alert has gone out to the drivers of more than six million cars. The vehicles are equipped with defective airbags that federal officials say can explode, sending metal shrapnel flying into the vehicle.

Stephanie Erdman nearly died when it happened to her.

“Gushing blood. It was terrifying. I thought I was going to bleed out at first,” she said.

Four deaths have been linked to the exploding airbags in Florida, Oklahoma and Virginia. The latest: an Orlando woman killed weeks ago driving a Honda Accord.

Seven million of the recalled vehicles are made by Honda, but eight other manufacturers have also issued recalls, including a quarter million Toyotas.

Toyota has gone as far as warning people that no one should sit in the passenger’s seat of recalled vehicles until the airbags are fixed.

The recalls have mostly been in issued in southern states, where the manufacturer says high humidity can make the explosions more likely—a move officials with the Center For Auto Safety says makes no sense.

“How in the world can you approve a geographic recall that doesn’t include the two states where people have been killed?” said Clarence Ditlow, Center For Auto Safety.

“These airbags are a ticking time bomb and any one of them could go off in any car at any time,” said Senator Ed Markey, Massachusetts.

The Center For Auto Safety says if the recall goes nationwide, it could impact up to 25 million cars.

In a statement Tuesday, officials with the National Highway Transportation Safety Administration say they are leaving no stone unturned to track down the full geographic scope of this issue.