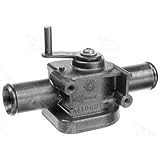 A prototype of the Tesla Model 3.Thomson Reuters

They covered a lot of ground, but let’s focus on what’s actually its most radical prediction.

According to lead analyst Adam Jonas and his team, Morgan Stanley is “bullish on EV penetration and universally cautious on the long-term viability of the 100-year-old internal combustion engine (ICE) ecosystem, which we believe is in its last generation,” adding that “[w]e expect EVs to account for 50-60% of global light vehicle sales by 2040.”

To put that prediction in context, global EV sales now account for about 1% of sales.

A key enabler is autonomous and shared mobility, as well as the arrival of an entirely new business model that stressed miles driven over units sold (basically, we go from a car or two in every driveway, used almost none of the time, to a massive fleet of self-driving electric taxis, driven almost all of the time).

This puts the entire traditional auto industry at a massive disadvantage and presumably favors the fortunes of new players, especially tech-industry titans. (The analysts go so far as to declare that Apple is developing a car, and that the vehicle won’t be powered by gas.)

Believe it or not, this scenario isn’t a catastrophe for the oil and gas-refining business. According to Morgan Stanley, “Gas demand grows until early 2030s as miles traveled accelerates faster than EV penetration,” and “[b]y 2040, gas relevance is extended and demand remains little changed from today’s levels.”

A pump jack is seen at sunrise near Bakersfield, California.Reuters/Lucy Nicholson

Nevertheless, the overarching thesis is that individual auto ownership is ending, along with the dominance of the gas-powered engine.

Here’s a reality check on all that. True, ride-hailing services such as Uber and Lyft have in a short period created a new storyline connected to Silicon Valley. The sharing economy, through services such as Airbnb, suggest that people are aware that idle vehicles are an greatly underutilized asset.

But it’s far from clear that this story embodies a wholesale shift in consumer behavior. People continue to own stuff. And people continue to not use everything they own in the most economically advantageous manner.

Even more telling is the non-growth of the EV market, at the same time the internal-combustion market has boomed. Almost 34 million vehicles have been sold over the past two years in the US alone — and nearly all them run on gas.

Electric cars, meanwhile, have failed to launch. Tesla sales are a drop in the bucket, and it’s the most successful electric carmaker around. Numerous EVs have been on sale for close to a decade now, supported by state and federal government incentives, and the results have been disappointing.

That basic fact is largely what’s propelling the “shared” versus “owned” debate. Consumers have had abundant opportunity to own EVs, but they’ve chosen not to. So for EVs to flourish, they need to not be individually owned. They need to be either shared or concentrated in large fleets, where they can overcome some of their charging issues (even a Tesla vehicle requires almost an hour to fully recharge at the fastest level, whereas any gas-powered car can be refueled in under five minutes).

Cue the major narrative shift: it won’t be electric cars on their own that displace gas cars, or we’d already see more significant signs of that; rather, it will be networked EVs that do the displacing.

The advance of EVs, jerky and halting, is a good example in the industrial world of what the paleontologists Niles Eldredge and Stephen Jay Gould called “punctuated equilibrium.” What has happened is that EVs have gone through stages of rapid “evolution,” followed by static periods.

The most recent boost took place from about 2007-2011, when Tesla began to gain traction and a bunch of EV startups emerged. Many traditional automakers also began developing all-electric cars at this time, as well.

The startups died off, for the most part, and the traditional carmakers have seen limited demand. Tesla has more or less thrived, but it’s also been selling high-priced luxury vehicles.

This has led to the uncomfortable realization that Tesla could survive, and that the traditional automakers can continue to tinker with their own EV designs, but the market won’t be transformed. In fact, it could require a few more EV cycles before Morgan Stanley’s outlook comes to pass — meaning that 50%-plus EV penetration won’t arrive until well past the midpoint of the century.

What’s important to keep in mind here is that gasoline is easy. Once the oil is refined, it’s easy to store, easy to transport, and easy to distribute. Fueling infrastructure is widespread, while electric-charging infrastructure isn’t. A full tank of gas, for a hybrid gas-electric vehicle, costs about $20 and can be obtained almost everywhere, very quickly, providing another 400 miles of range.

EVs are much better then they used to be, but they aren’t even close to that.

Tesla’s soon-to-launch Model 3 will be a test of Morgan Stanley’s thesis; there are around 400,000 pre-orders, and if everyone buys a car, that small fleet will provide ample insight into whether EVs are really a compelling alternative to gas cars.

I don’t think the Model 3 will move the needle as much as expected. Ultimately, what the pre-orders prove is that there’s a lot of people who want to buy into the Tesla brand but can’t, given the $100,000 average sticker price of the existing lineup.

The traditional auto industry has decided that it isn’t worth it to sell those folks an EV, because all they really want is a Tesla. And the auto industry is betting that Tesla demand isn’t infinite.

If that bet pays off, then it will be a long, long time before the gas engine is wiped out.