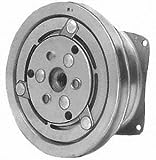 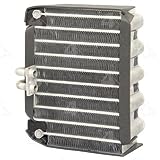 A planned shake-up of motor insurance rules and changes to the highway code have been unveiled by the government in preparation for the arrival of driverless cars on UK roads.

While fully autonomous cars are not expected to be in use in the UK for perhaps another decade, ministers said they wanted to act now to ensure that Britain “leads the way” in developing driverless technology.

But this automotive revolution is throwing up a number of challenges. For example, if a partly automated vehicle crashes into another car, who is to blame – the “driver” or the manufacturer?

Related: Smart cars: how technology is putting the brakes on insurance premiums

Meanwhile, the highway code – the driver’s bible first published in 1931 – will probably have to be updated because, when remote control parking becomes commonplace, drivers will be routinely breaching rule 160 which states that when the car is moving, “you should drive with both hands on the wheel where possible”.

A number of companies are working on driverless cars, including Google and a long list of car makers such as Rolls-Royce, Nissan, Toyota and Audi.

Cars with so-called advanced driver assistance systems such as remote control parking – which allows the driver to manoeuvre their vehicle using a key fob or perhaps an app – and motorway assist – where the car pilots itself, though with “human oversight” – are expected to be on sale in Britain within the next two to four years, with fully automated and driverless vehicles expected on the roads any time from the mid-2020s onwards.

Launching a nine-week consultation, the government said all drivers were being invited to have their say.

Under the proposals, insurance law will be changed so that motorists who have handed control to their “self-driving” cars can be insured properly. Motor insurance will remain compulsory but will be extended to cover product liability for automated vehicles.

However, the consultation document warns that determining liability in the event of a collision where the driver has activated the automated vehicle technology and “disengaged from the driving task” could prove to be “complex and time-consuming”.

It adds: “It is possible the fault could rest with the driver or with the manufacturer. This means there is a significant chance of potential increased friction between the different parties over who and what caused the collision, resulting in delays in compensation to victims … Without certainty of how claims will be handled, there is a risk of customer confusion, which could reduce the sale and use of automated vehicles.”

Related: Look, no hands! On the autobahn in Audi’s driverless car

The consultation document asks whether people think the arrival of automated vehicles will push up motor insurance costs for drivers of conventional vehicles. It even debates what should happen if a driverless car was “hacked” and then went on to cause an accident.

However, the government does not plan, at least for the time being, to relax any of the existing specific or implied restrictions relating to driver distraction, such as the ban on using handheld mobile phones, watching TV or eating and drinking at the wheel.

“This will be considered when vehicles are designed such that the driver no longer needs to remain alert and in the loop,” the document states.

Transport secretary Patrick McLoughlin said: “Our roads are already some of the safest in the world, and increasing advanced driver assist and driverless technologies have the potential to help cut the number of accidents further.”